Jovan Alexandre is a New York City-based saxophonist originally from Connecticut. He has been playing professionally since 2007 when he debuted nationally, performing at the Grammy after-party with the Gibson/Baldwin Grammy Jazz Orchestra. Jovan has since performed, toured, or recorded with world-class musicians such as Curtis Fuller, Frank Wess, Ralph Peterson, Franklin Kiermyer, Winard Harper and others. He is the grandson of the memorable singer Fred Parris, who's single “In The Still of the Night (I'll Remember)” with The Five Satins was the only song to chart the Billboard 100 three separate times. Jovan embraces the different cultural and musical influences he was born into

Scatter The Atoms That Remain are set to be quite possibly the most jazzed combo at this year's Moers Festival, in Germany, but this simply illustrates the high degree of unfaithfulness displayed by many of its attending artists towards the jazz tradition. There are a mass of Moersfest acts who possess some sort of jazz-rootedness, but ...

Rising Saxophonist Mike Casey Releases Debut Album "The Sound Of Surprise: Live At The Side Door”

Saxophonist and composer Mike Casey is proud to announce the February 7, 2017 release of his debut album The Sound of Surprise: Live at the Side Door. Splitting his time between alto and tenor saxophone, Casey and his longtime trio present a fresh approach to the chordless saxophone trio format over the course of seven first-takes. ... 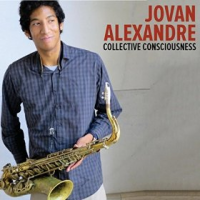 SETS AT 10PM AND MIDNIGHT EVERY THURSDAY BEGINNING JANUARY 29 DEBUT ALBUM COLLECTIVE CONSCIOUSNESS OUT FEBRUARY 24 “Jovan Alexandre is one of the most exciting new voices to emerge on the tenor saxophone— conceptually—in a long time. A gifted composer, his personal sound can seem variously molten and sharp-cornered within the same tune, sometimes almost within ...

“Jovan Alexandre is one of the most exciting new voices to emerge on the tenor saxophone—conceptually—in a long time. A gifted composer, his personal sound can seem variously molten and sharp-cornered within the same tune, sometimes almost within the same phrase. There’s an understated, almost implied, restlessness in his solos… He has that rare originality everyone ...

The Annual Jazz Party At Sea is pleased to announce the lineup for the 12th Annual departure, November 4th through the 11th, 2012. We will set sail from New Orleans for seven nights aboard Norwegian Cruise Line's m/s Norwegian Star visiting Costa Maya, Belize City, Roatan and Cozumel. Featured artists include Renee Rosnes Quartet with Peter ...