By MARK CORROTO
February 13, 2012
Sign in to view read count 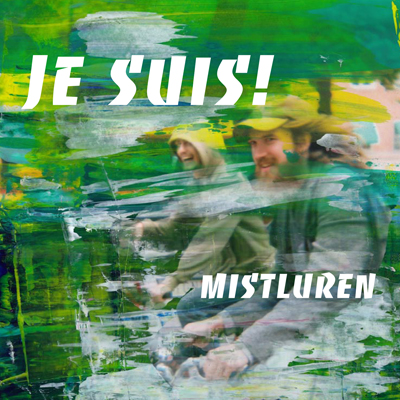 In 1962 free jazz pioneer Albert Ayler moved to Sweden. Like Jesus Christ's 40 days in the desert, he came home to the United States after being tempted by the devil, and led a revolution in free jazz. His Swedish temptation, perhaps it was a viral contagion, has survived these past 50 years, resurfacing in the sextet Je Suis!.

Like Ayler, leader and composer Niklas Barno is fond of simple melodies and bits of mayhem. His trumpet can be heard in Stockholm, playing in SNUS, Kege Snö, and the Fredrik Norén Band. Opening Mistluren with "Varför Får Jag Ingen Kaka Till Kaffet Din Jävel" (roughly translated as "Why didn't I get a biscuit and coffee, motherfucker?") his trumpet blurts out a slurry loose and loopy cartoon invocation that gives way to the plodding tromp of his compatriots. Each player takes a solo within the march: Alexander Zethson's piano, a saloon trinkle not unlike ex-patriot Cecil Taylor's sound from his Nordic residenc; Marcelo Gabard Pazos' alto saxophone spitting quicksilver notes; and drummer Magnus Vikberg rolling a dynamo of beats. The music was created to break free, yet always return with a logical order with a sound often comparable to that of Vandermark 5. "Jag är!" shares a likeness to Je Suis!' Chicago brethren with its large trawling sound.

Like Ayler, Barnö's rationale is to make chaos from order—or perhaps, order from chaos. "Eyafjallajökull" builds to a powerful and furious end after a somber opening. As the horns play a solemn cortège, Joel Grip's bass scraps and scratches a rebuke, seemingly to encourage the fury.

The signature piece here is "Östermalm," a progeny of Alyer's music, working a Gospel-preached melody against free jazz exclamations. Barnö, channeling both Ayler and his trumpet playing brother Donald Ayler, cries out, barely containing his joy. The music recalls the unfortunate character in David Foster Wallace's book Brief Interviews With Hideous Men (Little, Brown and Company, 1999) who, every time he reaches orgasm, compulsively yells "Victory for the forces of democratic freedom!" Indeed.