Joel Grip, as a bassist and producer, plays a great role in the new generation of improvisers in Europe. Umlaut Records opened up for new forms of organizing collectives of musicians internationally. Hagenfesten in Dala-Floda is a stand-alone festival, making people meet. Besides touring with groups like Peeping Tom, Eve Risser Trio or SNUS, Joel Grip's intense improvisation is heard in solo, duos or larger improvising groups in greater Europe, USA and Asia.

As an energetic double bassist and producer, Joel Grip plays a great role for the new scenes of improvised music in Europe. By founding the label Umlaut Records, he opened up for creative forms of organizing collectives of musicians and promoting their music internationally 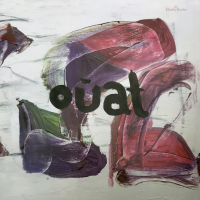 The Berlin-based piano trio Oùat releases their first album with the seemingly paradoxical title Elastic Bricks. If you listen closely, there is nothing incongruent nor oxymoronic about the music. The studio recording from 2021 by pianist Simon Sieger, bassist Joel Grip, and drummer Michael Griener is an all acoustic instrumental affair with a twist. The vinyl ... 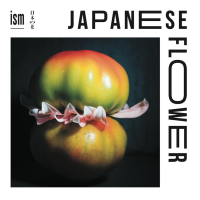 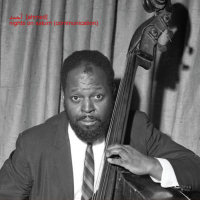 The trio اسم [Ism] is comprised of pianist Pat Thomas, bassist Joel Grip and drummer Antonin Gerbal. Japanese Flower by the trio is the second release from a 2018 recording session from Knuttal House in Tokyo, Japan. It is the trio's third release and it follows Metaphor (2019) and إنتقام الطبيعة اسبب تعقدها = Nature In ...

In 2020, the Moers Festival in Germany presented one of the first full post-lockdown events, with its performers physically in place, and its four-day programme resolutely running in the accustomed Eventhalle venue. There was a stage at each end of this cavernous space, with the French-German Arte television crew filming for broadcast on its channel, as ...

When [Ahmed] released its debut album, Super Majnoon (Otoroku), in 2019, it provided not only an opportunity to revisit the under-heralded work of pathbreaking bassist Ahmed Abdul-Malik. It also offered a bewildering, sometimes intoxicating stew of improvisation that relied equally on minimalist repetition and deeply-rooted grooves. This intrepid team of European musicians, consisting of saxophonist Seymour ...