By NENAD GEORGIEVSKI
July 2, 2016
Sign in to view read count 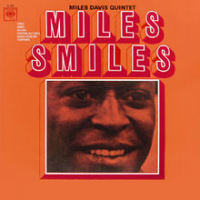 Without a hint of a doubt, the trumpeter Miles Davis' Second Great Quintet which he led in the mid-'60s rekindled his fire for music resulting in exuberant and adventurous music. Davis was reenergized by his young band which vitality and enthusiasm has made a big difference. Not only did it stretch Miles' boundaries, as the band was taking chances and experimenting, but it also helped him get through a difficult period in his personal life (the deaths of his parents, health issues and setbacks).

At the time, it appeared that the band was living a double life. The studio recordings, starting from E.S.P. (Columbia, 1964) showed the band in full flight as it created music that negotiated between the traditional and the experimental. While Miles had a distaste for free-jazz, obviously his band didn't, and Quintet's music clearly was informed by it. The resultant music was slippery, dynamic and it had an open-ended approach to harmony bolstered by elastic ways with rhythms. On the other hand, at concerts, the repertoire still consisted of old classics and standards. As best heard on the Live at the Plugged Nickel, the group approached these standards with such experimental zeal and elasticity that the songs became more daring and unpredictable.

On Miles Smiles, despite the band leader's period of personal setbacks and health, his band is playing music which is characterized by its exploratory and expansive nature. All things considered, this is a delicately great album, both unusual and tender in its art. Another indication of the band's stellar qualities as composers and performers are each band members' solo recordings from the period during Miles' hiatus, now considered to be classics, starting from Herbie Hancock's Maiden Voyage (Blue Note, 1965), Wayne Shorter's Speak no Evil and Juju (Blue Note, 1965) and Tony Williams's Spring (Blue Note, 1965).

While on E.S.P. they were still getting to know each other, this time they have honed their skills to the point of a musical telepathy. The music on Miles Smiles shows a group of brilliant musicians as they mesh their skills into a cohesive and tight unit and then interacting, stretching and challenging each other. So much of the album balances the tensions between the old and the new. As a result, these compositions are a prime example of how they took the out-there nature and experimentalism of free jazz and tightened it up with in twisting and propulsive structures. And somewhere in between these two opposite sides, the Quintet has carved its own place resulting in is some of the most exciting jazz ever played.

All of the compositions, starting from the opening "Orbits," through the classic Shorter composition "Footprints" and until the closing "Gingerbread Boy" are complex pieces with tricky meters, multiple sections, juggling with conventional and unconventional forms. The Quintet sounds like a juggernaut as it pushes for constant discoveries and refusing to settle in a rote behavior. Everything about it suggests that the levels of interacting and listening have risen to a higher plateau. As a result, throughout, the leader's horn feels energized and the collective takes Miles' distinctive tone to new realms.

How the band progressed onward after this record and how some of these tracks were incorporated into the Quintet's set list can best be heard on the Live in Europe: Bootleg Series Vol.1 (Legacy, 2011). Back then, this record won the record of the year in the 1967 Down Beat reader's Poll, while the Quintet also took the top spot as the best combo and Miles also was first on the chart as the best trumpeter. Obviously, Davis, Shorter, Williams, Carter and Hancock are no ordinary band and Miles Smiles is not one of the usual post-bop releases. This vinyl reissue is both a reminder for fans and an obligatory introduction for novices. Miles Smiles is the pinnacle of the acoustic jazz of any sort and one of the ultimate testaments to the true strength of the Second Great Quintet and its leader.