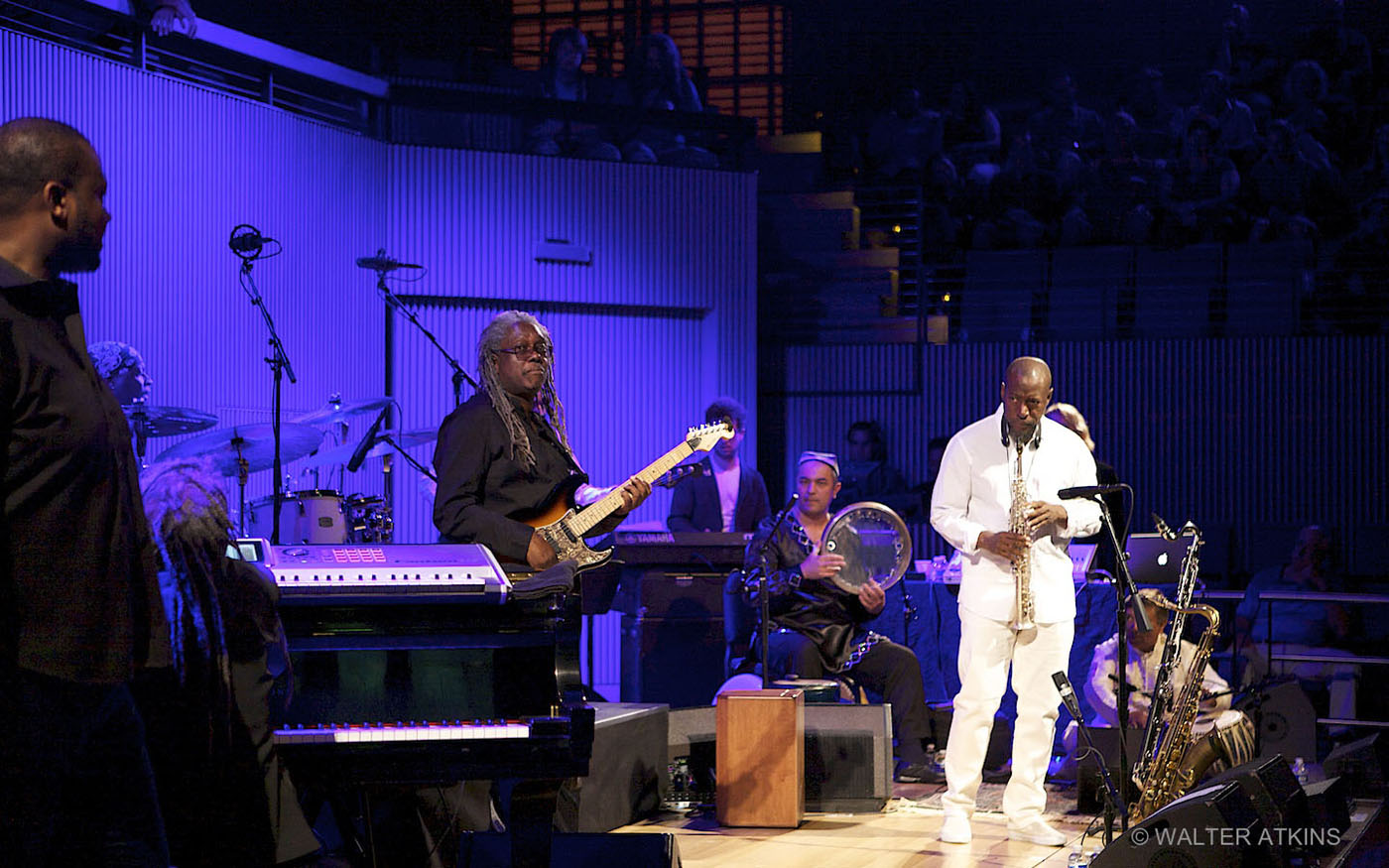 We play our renditions of his [Miles Davis] music. We want to do it justice.
—Vince Wilburn Jr.

As part of the expansive 34th Annual San Francisco Jazz Festival, the cordial staff at SFJAZZ presented the outstanding Miles Electric Band in the spacious Miner Auditorium. Vincent Wilburn Jr., drummer and nephew of the acclaimed Miles Davis, lead the Miles Electric band in celebration of the music and spirit of "The Chief."

The capacity crowd was treated to fresh interpretations of Davis jazz-rock classics spanning his Bitches Brew to Tutu period. According to Wilburn, "We play our renditions of his music. We want to do it justice." Robert Irving III concurred. The keyboardist added, "Miles would say don't play a note unless you mean it. Everyone was conscious of serving the integrity of the music. We did that tonight."

The opening song brought the house into the music and set the direction for the night. Everyone on the bandstand was given ample room to explore and soar during the session. Trumpeter Jones played with clarity and power while saxophonist Roney distinguished himself particularly on the bass clarinet. Keyboardist Irving who was Davis' musical director played with poise and provided timely contributions.

The MEB's formidable percussion section provided a rock solid foundation of surging polyrhythms for the band members to explore collectively and individually. Percussionist Jackson and keyboardist Spero were highlighted "In A Silent Way."

One of the many magical moments featured Jackson, Chaudhuri and Kosimov in an extended triangle of percussion and showmanship culminating with Chaudhuri skillfully playing three tablas at once. This display garnered one of the many buoyant ovations heard during the show. Wilburn and company closed with "Jean Pierre" with bassist Jones (Rolling Stones, Eric Clapton) thoroughly enjoying the opportunity to stretch out. It was an exceptional evening of music that seemed to end too soon.

Audience response was overwhelming and heartfelt. During one song, a supporter sitting behind me yelled, "That's what I'm talking about!" Another fan and voice student commented she "was rather star struck, because I never anticipated being in the same room with so much talent!"

The Miles Electric Band brought their own singular interpretations to the music and philosophy of Miles Davis. In doing so, MEB contributed to extending the timeless legacy of the Chief.