Miles Ahead Soundtrack / Live in Tokyo 1975 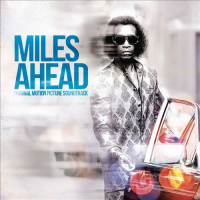 It's hard to imagine why the world would ever need yet another Miles Davis compilation. We're talking about a catalogue big enough to fill its own library and eclectic enough to give you whiplash for the ears if you skim through it too fast. If you start comparing albums even a year or two apart, you're often looking at completely different things. Any release that crosses such disparate eras (and there are plenty that have tried) can only be a mixed success at best. Then again, this particular one isn't really trying to do that job. It accompanies Don Cheadle's biopic Miles Ahead and presents the artist's original tracks alongside a few he inspired. Nothing can really hope to live up to the press blurb's claim of "a perfect primer on Davis' career for the new fan"; arguably there's no such thing anyway. This is one more semi-coherent career-spanning hodgepodge, albeit one that (like the movie) was obviously made with love.

True, if every popcorn flick and mediocre rom-com out there demands a soundtrack, then music from a film about Miles deserves more attention than most. All the same, anyone who's enough of a fan to watch it is already past any need for a primer. At the very least they must know the seminal "So What" and find it redundant here. It's preceded by—what else?—the title song from the original Miles Ahead (Columbia, 1957), which actually provides an opener very out of place compared to what follows. It's interesting to hear a younger Davis dashing off some uncharacteristically fast and busy trumpet solos, but most of this collection is a far cry from the days of those classical-tinged Gil Evans collaborations indeed.

The disc takes a detour with Davis's great 1960s quintet and touches on his first flirtations with electric instruments, before skimming through his wildly adventurous '70s phase and making one brief nod to the later career just after his temporary retirement of 1975-81. To Cheadle's credit, he generally avoids the most obvious touchstones in favor of examining some deeper cuts: a funked-up "Duran" outtake, bite-sized snippets from the fusion grooves of "Go Ahead John" and "Black Satin," and a partial slice of the heavily African "Prelude." All are solid in and of themselves, though it really doesn't help that almost every piece is an edit or excerpt. The selections inevitably end up feeling cherry-picked from one big cherry orchard. The whole thing can only work as a kind of shorthand; fine if you can associate it with memories of the movie or know the full albums, but not nearly so successful standing on its own.

The mix also suffers from that other perennial flaw of so many soundtracks: the main body of music is interspersed with sound bites from the film itself (Cheadle's impersonation being impressively raspy) along with unrelated bits of the score from a different source. Robert Glaser's original contributions capably evoke the feel of the acoustic mid-'60s quintet workouts or the low- key electric dreaminess of In a Silent Way (Columbia, 1969), which only begs the question of whether more actual Davis pieces might not have done the job even better.

"What's Wrong with That?" answers its own question: for the moment, nothing. It provides an authentic line to the source material by bringing in legendary bandmates Herbie Hancock and Wayne Shorter for a spirited jam with Glasper, Cheadle, Esperanza Spalding and Antonio Sanchez. It's a successful little jaunt mainly because it lets everyone forget the baggage of the film and the Davis name and just have some fun for a few minutes. It's almost a shame the rest of Miles Ahead inevitably can't. Once Pharoahe Monch starts rapping over the closing-credits track of "Gone 2015," we're brought back to reality and reminded of the embarrassing nadir of Doo-Bop (Warner Bros., 1992), about which the less said the better. It's one more sudden jarring shift before the end, but an appropriate sendoff for a patchwork that's already scattered, contradictory, disjointed and yet vividly fascinating—and come to think of it, nothing else would have properly suited the man himself. 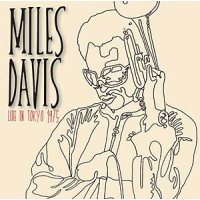 For those who prefer that electric phase in all its murk and madness, another tape from the vaults could be just the ticket instead. Live in Tokyo 1975 comes from a short time before Davis's retirement—a point when the music was at its funkiest and angriest, when he would slap a wah-wah effect on any instrument in sight and no amount of electric fuzz was too much. This one was recorded for a radio broadcast ten days before the famous concerts that produced Agharta (Columbia, 1975) and Pangaea (Columbia, 1976) and is similarly not recommended for the faint of heart.

This septet was well into the "deep African thing, a deep African-American groove, with a lot of emphasis on drums and rhythm" as Miles later described it, weaving earthy percussion and juiced-up rock into 80 minutes of primordial voodoo trance. By this point he had the band running as a well-oiled machine, able to direct dynamic arrangements, segues and stop-on-a-dime changes all in the moment. They spin out one dense churning groove after another, whether trading solos around loose structural frameworks or sometimes getting (again borrowing the Chief's words) "a lot of intricate shit ... working off this one chord." He picks and chooses spots to dart in with a simple trumpet line or the odd stray note, then punches at the organ as if trying to exorcise his osteoarthritis pain by sheer force of sound amid the haze of medication and drugs.

The ghost of Jimi Hendrix is alive and well in the wailing of Pete Cosey and Reggie Lucas, while the drum/percussion team lays down a series of staggered rhythms thick enough that you'd need a machete to wade through. There isn't really a set list so much as a contiguous series of song sketches to explore. "Maiysha" starts out cool and airy before turning into some kind of tropical-themed nightmare; "Ife" skips the modulating bass line of the studio version and explores the more abstract sections instead, blending light flute with menacing organ before giving everyone some free space to blow.

The Tokyo show is a close sibling to those abovementioned albums and Dark Magus (Columbia, 1977), but of course each one has its own character. Live in Tokyo 1975 is perhaps more tight and lean, not quite as off-the-wall crazy as Pangaea or as loud and crowded as Dark Magus—thought not terribly far off either—and a most welcome complement for those of us who find this phase endlessly fresh all these decades later. After Gil Evans died, Davis always insisted his late friend hadn't truly gone away, not least because you could hear how much he'd affected the music of others. Vastly different as they are, both these releases still tell us the same thing about Miles Davis: he's not only still around someplace, he's still waiting for the rest of the world to catch up.