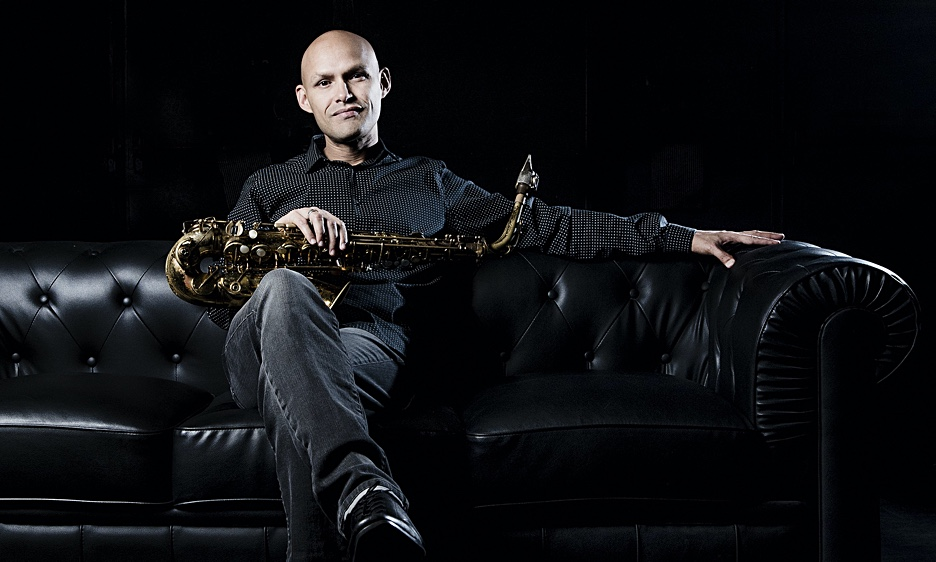 What I would really love for people to understand is that this is a tribute made out of love and admiration for his music. We’re not trying to make it sound the way Maelo made it sound. We’re just using what he gave us as inspiration.
—Miguel Zenon

As the song's lyrics about freedom were sung, the child's conscience consumed them whole. This child, ten years young at the time, had never heard the singer, Ismael Rivera, or the song, "Las Tumbas," before, but, three decades later, this initial impression remains in Miguel Zenon's memory.

"I was taken by the song's overall structure and the way his voice worked within the song," said Zenon, an alto saxophonist, composer, and band leader, whose music has earned him Guggenheim and MacArthur fellowships and multiple Grammy nominations. "The song's theme is about him being jailed and wanting to get out and walk the streets again. It's really powerful."

Here is an excerpt from "Las Tumbas," translated from Spanish by genius.com: "From the Tombs I want to leave/I don't know when it will happen. The graves are for the dead/And dead I have no na."

"Las Tumbas," along with nine additional songs style-stamped with Rivera's spirit, is included in Sonero: The Music of Ismael Rivera, featuring Zenon and his quartet, pianist Luis Perdomo, bassist Hans Glawischnig, and drummer Henry Cole. Rivera, (1931-1987), is recognized in Afro-Caribbean music as a pioneer and "The People's Poet," as a 2014 biography by Rosa Elena Carrasquillo anointed him. While Zenon never saw Rivera perform live, he remembers hearing his parents talk about seeing the performer—affectionately nicknamed "Maelo," (Dude)—walking among the people in a neighborhood near San Juan, Puerto Rico, Zenon's birthplace. "He was an important part of the community and really admired," he said, during a recent conversation.

A sonero, Zenon explained, is a singer endowed with special abilities. The sonero sets his talents above others by expertly improvising on songs from the Salsa genre. "You sing the song, and there will be call and response. The chorus will say something, and then you answer back," Zenon said. "Maelo was known as the greatest sonero of all time. He is the one who took this art form to the highest level."

Zenon and his quartet toast Rivera's improvisation skills by interpreting "Las Caras Lindas," a recording renowned for the lyrics the artist delivers during an instrumental solo. Multiple accounts about this performance exist, Zenon noted. One version claims that Rivera, after hearing the song played back in the studio, demanded to hear it again, and then immediately improvised lyrics onto the recording.

Recently, Zenon heard another take about what happened from a Rivera confidant: After hearing the song and its solo at home, Rivera composed lyrics that he then overdubbed onto the recording with a delivery that made it breathe spontaneity.

"Both versions have special meaning," Zenon said. "The first one speaks to Maelo's creativity and being in the moment as an amazing improviser. The other version speaks to his meticulous nature, trying to make everything as close to perfect as he could, and being prepared for the occasion."

This song's lyrics, Zenon added, celebrate Blackness, how darker-complexioned people should view their hue as strength, and how working-class people are valuable to their community. One verse, translated into English by translatelyrics is: "The beautiful faces of my Black race, so much crying, pain and suffering, they are the challenges of life, but inside we carry so much love."

Before Zenon and his quartet present their interpretations, Rivera's voice is heard in a brief audio clip, "Intro/Maelo A Capella." This impromptu performance happened during a 1966 radio interview in Puerto Rico. Rivera had just been released from prison after serving a four-year sentence on a drug offense, and the interviewer asked him to sing a few songs. What the listeners hear when Sonero begins, Zenon said, is a Brazilian song translated into Spanish that Rivera would record on Bienvenido!/Welcome! This album, recorded with his ace amigo, Rafael Cortijo, served as his reunion with his loyal audience.

"I thought this would be great to add to this project as a way of introduction," Zenon said. "It was important for me not only to have Maelo's music, but for you to hear his voice. When he sings here, he lays back, improvises in between, and does all the genius rhythms he usually did.

"What I would really love for people to understand," Zenon continued, "is that this is a tribute made out of love and admiration for his music. We're not trying to make it sound the way Maelo made it sound. We're just using what he gave us as inspiration."

Maelo's most moving moments, Zenon noted, were documented in "El Nazareno." The song's origins, he explained, exist in Panama, host to a ceremony celebrating the Black Christ figure. This ritual is highlighted by the natives carrying a statue bearing the image around a church ten times. Upon first experiencing this event, Rivera experienced an epiphany.

"Maelo talked about how this statue spoke to him and told him what he needed to do to get clean from drugs," Zenon said. "Every year after that, he would go to Portobelo, this really poor town in Panama, and make this pilgrimage, even when he was one of the most famous people in Latin America. He still marched with the pilgrims and did the whole ritual, because he felt that was keeping him clean. 'El Nazareno' speaks to this experience specifically."

Zenon also recalled watching Rivera's funeral on TV. The imprint and impact his life and death had on Latin America were immense. "He wasn't well when he died. He was getting off drug addiction and homelessness," he said. "But everyone came together to pay respects to the man who did so much for our music and our people. He was a seminal figure in the history of Puerto Rico and Latin America."

Five years after Rivera's passing, Celia Cruz, recognized worldwide and beyond as The Queen of Salsa, recorded A Tributo A Ismael Rive, where she covered his greatest hits. These two artists had also made music before, dueting on "Cucala." Scroll down to hear the tune in the audio/visual flesh.