In the rarefied air of the premier salsa singers, the influential Ismael Rivera personifies the role of the vocalist as the musical interpreter and voice of the common people, where the music originated. He is recognized as “El Sonero Mayor,” which translates into the master improviser, for his uncanny ability to invent and compose lyrics on the spot, and in perfect time.

The town of Loiza Aldea, in Puerto Rico (east of San Juan) is recognized as a vital source of African derived music and rhythms on the island, primarily the bomba and plena, which are indigenous to the area. Ismael Rivera was born there on Oct. 5, 1931. He was drawn to the music since childhood, and assimilated the nuances and phrasings which would be his unique styling.

Rivera got his start as vocalist for a local band Conjunto Agueybana, and then got a break to join up with Lito Peña and his Orquesta La Panamericana, a very popular band in the early 1950’s. He made his first recordings “Charlatan,” with this outfit, but left soon after to sing with Machito and his band.

He would then team up with his childhood friend Rafael Cortijo to form the band that would incorporate the bomba and plena into their repertoire, and came up with an original sound, anchored by Rivera’s vocalizations. The group, Cortijo y su Combo, became sensation on the island as well as New York. Starting with the 1954 hit “El Bombón de Elena,” they enjoyed much success into the late ‘50’s and into the early ‘60’s with international tours as well as continued recordings which generated an expanding audience. Unfortunately in 1962, Rivera would go into a forced musical hiatus due to complicated legal and personal problems, which led to his incarceration for a number of years.

By 1966 he was back with Cortijo for recordings for the Tico label, but they were met with poor audience and radio response. In 1968 he struck out on his own with Ismael Rivera y sus Cachimbos. The band did very well, charting with some of Rivera’s best known hits, further establishing him as a major talent. By the early 1970’s he rejoined up with Cortijo again to record “Juntos Otra Vez.” This led to another successful run, and they continued together until the unexpected death of Cortijo in 1982, which left Rivera despondent upon losing his lifelong best friend and musical collaborator.

Rivera recorded over thirteen albums with Cortijo, and twelve with his own band Los Cachimbos, both groups contain the material with which he is most identified. They are all considered required listening, as every record has its share of historic songs. His legacy and impact on Latin music, and more specifically salsa, has been monumental. He is considered the innovative singer by which all others will forever be compared to, and thus remains in a class by himself. 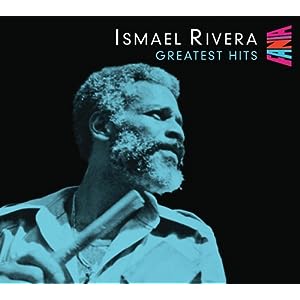 All About Jazz musician pages are maintained by musicians, publicists and trusted members like you. Interested? Tell us why you would like to improve the Ismael Rivera musician page.