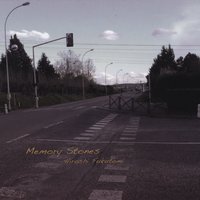 Osaka-born, Berklee-trained and currently plying his craft in Tokyo, guitarist Hiroshi Fukutomi's second release as leader following Rings of Saturn (D-Musica, 2010) is a satisfyingly melodic affair. These ten originals reveal Fukutomi's ability to pen a good tune, as well as his dexterity on both electric and acoustic guitars. Pianist/Rhodes player Koichi Sato, bassist Koji Yasuda and drummer Ryo Noritake form a water-tight rhythm section and their individual prowess adds much to the success of this contemporary straight ahead session. At times the soloing feels a little restrained but the emphasis—in the studio at least—is clearly on the compositions' narratives and more likely than not this material takes wings on stage.

There's something of the balladeer in Fukutomi's approach, literally in the case of "Kimo No Saki (Destination of the Clouds)"—where delicate acoustic guitar and piano, airy bass and whispering brushes conjure a late-night introspection evocative of Miles Davis/Bill Evans' "Blue in Green"—and "It's Been a Long Night," a gently bluesy stroll featuring elegant piano and electric guitar interventions. In general, however, Fukutomi is melodically driven and even on the more rhythmically defined numbers the cleanly articulated, single-note lines of the solos sound like melodies sung.

Sato's flowing Rhodes piano colors the lightly skipping, Bob James-esque "Minor King," with Fukutomi responding with a nice sense of economy. The jaunty "Automata" bears a more distinctive personal seal, with striking melodic motifs bracketing Fukutomi and Yasuda's gently persuasive solos. Guitarist and bassist paddle the melody back and forth on the laid back "Saigo No Yuki (The Last Snow)" with a little contrapuntal baroque triangle developing between Fukutomi, Yasuda and Sato. The pianist's lightly dancing solo quickens the quartet pulse in a more animated collective finale.

Fukutomi would seem to owe a debt to Pat Metheny, particularly on "Hoshi No Sumika (Habitat of Stars)"—a standout track—where the greater rhythmic impulse propels the guitarist to his meatiest solo of the set. Sato's piano vamp then forms the launching pad for Noritake to work his chops before the quartet unites again, crossing the finishing line on a decidedly delicate, Bach-like passage. The pretty "Mawaru Sekai (Go Around the World)," with its acoustic arpeggios and initial pastoral lyricism goes up a gear with Yasuda's fast-walking bass, which ignites Fukutomi's blue touch paper on acoustic guitar. After a fleet improvisation Fukutomi switches to electric, joining with Sato's piano in a finale of stirring melodic grandeur, one that Metheny himself would be proud of.

The title track is another mellifluous venture; once the striking head has been stated the quartet puts a little spring in its step as first Fukutomi, and then Sato on Rhodes piano deliver smoothly sophisticated solos. Fukutomi doubles on harmonica. The acoustic guitar-cum-brushes driven "Ame Ni Utaeba (Singing in the Rain)" grooves like a chilled John Scofield and a generally impressive set is rounded out by Fukutomi's unaccompanied acoustic turn on "Trees and Branches"—a simple reverie of quietly stated charm.

Fukutomi is a sensitive composer who prizes lyricism over virtuosity, resulting in memorable melodies. There's much to appreciate in these instantly appealing tunes and enough hard evidence to suggest it will be worth keeping an eye out for the next instalment.