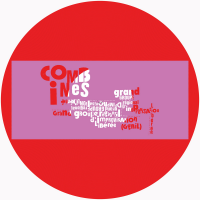 Imagine a piece of installation art: The sound of empty milk bottles, a washboard, bellows and a fisher price record player needle played backwards; in the key of twin peaks. Jeu De Cartes - it's not a game of snap.

Composed by Eric Normand from the upcoming album Combines.

The GGRIL is an ensemble of musicians who have decided to give a space to experiment with various forms of interactions possible in an orchestra without a conductor. The group brings together a dozen musicians from different backgrounds, but all eager to explore new territories offered by bands where the music is alive, freed from the linearity of writing. Powered by Tour de Bras, Rimouski, this set is a way to involve a large number of musicians and composers in the region around a unifying project and exploded. The group is particularly interested in compositions that do not exhibit linear flow, but courses in which the player makes choices. Games, constraints, canvas, graphics are all tools used by composers of the group or invited to propose new parts to the whole. The playfulness of his work and the transparency of its processes are a set of GGRIL to see at any age for a colorful excursion into the land of contemporary music. The GGRIL has been active since 2007, and in addition to the compositions of its members worked through workshop with musicians of the caliber of Jean Derome, René Lussier, Evan Parker and Danielle P. Roger.