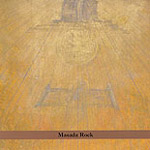 John Zorn's groundbreaking Masada outfits have been successfully expanding their own unique realm of klezmer-infused jazz and improvisational music for more than ten years. To celebrate, Zorn's own Tzadik label has released five tenth anniversary CDs featuring an array of musical cohorts performing their own arrangements of selections from his Masada songbook. Masada Rock documents Rashanim, perhaps the most explosive group of the new Jewish Renaissance, exploring ten unknown songs from the original Masada songbook. Running the gamut from surfer-tinged rock to ECM-style sensitivity with equal adroitness, Masada Rock demonstrates not only the versatility and virtuosity of Rashanim, but also the remarkable breadth of John Zorn's Masada songbook.

Thanks to the marketing schemes of the last sixty years, new recordings tends be presented in little boxes of musical isolationism. Rashanim is a marketing director's worst nightmare. The group's music bursts at the seams with originality, integrity, and kinetic interplay. From delicate Middle Eastern-tinged pieces to all out thrashing rockers, Rashanim proves that good music is just that: good music.

Although he's barely in his thirties, Jon Madof plays with a deliberateness and maturity that are rare among even more experienced players. On "Anakim," his delicate playing is equivalent in sophistication and sensitivity to Ralph Towner's acoustic work with Oregon, while on "Zemanim," his distorted overdriven riffs burst with the intensity of Jimi Hendrix. Alternately sparse and explosive, Jon Madof plays only what the song requires.

One remarkable facet of Rashanim is bassist Shanir Ezra Blumenkranz's oud playing. Due to the oud's fretless nature, it immediately conjures images of the Middle East, adding a level of exoticism. On "Avanah," his plaintive oud enriches the entire song with its outlandish flavor. Fusing modern sounds with those of the Old World, Blumenkranz's playing demonstrates that music of amazing clarity and cohesiveness can be brought forth from even the most incongruent elements.

The MVP of Masada Rock is Mathias Kunzli. His responsive drumming and percussive coloring are the glue that ties the trio together. A veritable renaissance man in the world of percussion, Mathias Kunzli has been called upon to support everyone from John Zorn to Lauren Hill. Throughout this recording, he demonstrates an uncanny sensitivity to the music through his highly developed touch on cymbals and drums, as well as various other percussive devices. On "Anakim" he displays his minimalistic aesthetic with brushes as well as sticks, while on "Arad" he bashes his way through like an experienced punk drummer with equal aplomb. Rashanim is a versatile group, and Mathias Kunzli is the center of this multi-directionalism.

In a world saturated with prefabricated, pretentious, disposable music, Rashanim offers a breath of fresh air. Interpreting music from John Zorn's Masada songbook is a daunting task, but on Masada Rock the group proves itself more than up to the task.