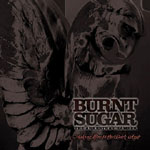 Composer Greg Tate leads Burnt Sugar the Arkestra Chamber through melodic and harmonic structures, using a unique repertoire of physical gestures and expressions known not as conducting but as conduction.

Tate christened this ensemble to honor the communal exploratory nature of Sun Ra's Arkestra and the Wu Tang Clan's 36 Chambers: "I wanted to conflate those two mystical generations. Both are in the tradition of mystic composers. Their sound comes from these ideas about science and art and philosophy and spirituality. As a listener to both of them, you feel like the metaphysics are as important as the music; they're kind of interwoven, and I wanted to allude to both of them."

As can be surmised from Tate's explanation, Dark Ages is a sprawling, audacious survey of not only jazz (Sun Ra) and pop (Wu Tang) but of blues, gospel, pretty much every corner of the Afro-American musical spectrum, within song titles as evocative as the music they represent.

"Thorazine/81"—inscrutably co-credited to Tate, Miles Davis and Ron Carter—comes closest to one of Ra's (in)famous interstellar overdrives: While multiple soloists (including a wordless vocalist) simultaneously wail the blues, its repeating rhythm riff seems to just pound the body, then reach critical mass, explode, and then to simply fall apart. It ends in whispered acoustic piano and other instruments, as if Tate's living, breathing ensemble needed to catch its living breath.

"Chains and Water (A, B, C)" opens as a duet between a female voice and harmonica, both wailing the blues ("I never cottoned to no slavery" is a great opening line whose time seems long overdue) but ultimately passes through twenty different musicians. The rhythm session shuffles in to expand the rhythm, then other instruments expand the sound, which culminates in Rene Akan's "Part B" screaming jazz-rock electric guitar solo, then sort of wobbles, and then gets straightened out by old-school, upright walking bass and drums.

For those wondering: Tate might not be mining the most original sound, but it's a pleasure to report that Dark Ages sounds only remotely like Miles Davis' (in)famous electric ensembles exactly one time—when Lewis "Flip" Barnes' electric trumpet comes ghosting in and out of the title track "Part A"—and even this sonic similarity lasts only a few measures. The rest of that title track, as well as the rest of Dark Ages, sounds like many things, and "original" stands chief among them.

Chains and Water A, B, C; Thorazine/81; Love to Tical; Dominata (the gabri ballad); Making Love to the Dark Ages.

About Burnt Sugar the Arkestra Chamber