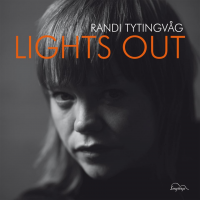 Reading that this EP was partly the product of illness and a miscarriage, this collection of four and a bit songs under such a foreboding title might have been expected to be darker, especially considering Norway's reputation for such expression. Randi Tytingvåg, however, has an innate lightness in her voice and writing.

Strange, in this case, that songs and singing of Richard Thompson come to mind. The songs are very strongly but simply constructed around their principal themes, the choruses repeating the emotion without overstating them, as in the painful "Today Was Cancelled": "I'm lost in the dark right away; Show me a way for heaven's sake; The story is so incomplete— our eyes did never meet."

The tastefulness of the arrangements resembles Thompson's use of the foremost contemporary musicians, using a variety of instrumentation to fill out the songs. The closing "Light Grey" best reveals this style, with Knut Reiersrud's harmonica straining against Tytingvåg's voice over a strongly strummed acoustic guitar.

This is far from experimental or cathartic music; rather, Tytingvåg's lyrics and elfin voice convert the pain of her subjects into lyrical pearls. "Reading by Per Fugelli" is the only exception, featuring the gravely voice of writer and doctor Per Fugelli, reciting a thoughtful Norwegian text over a simple guitar part. Otherwise the pieces are closer to a type of Scandinavian chanson—strongly appealing while, at the same time, profound and touching.