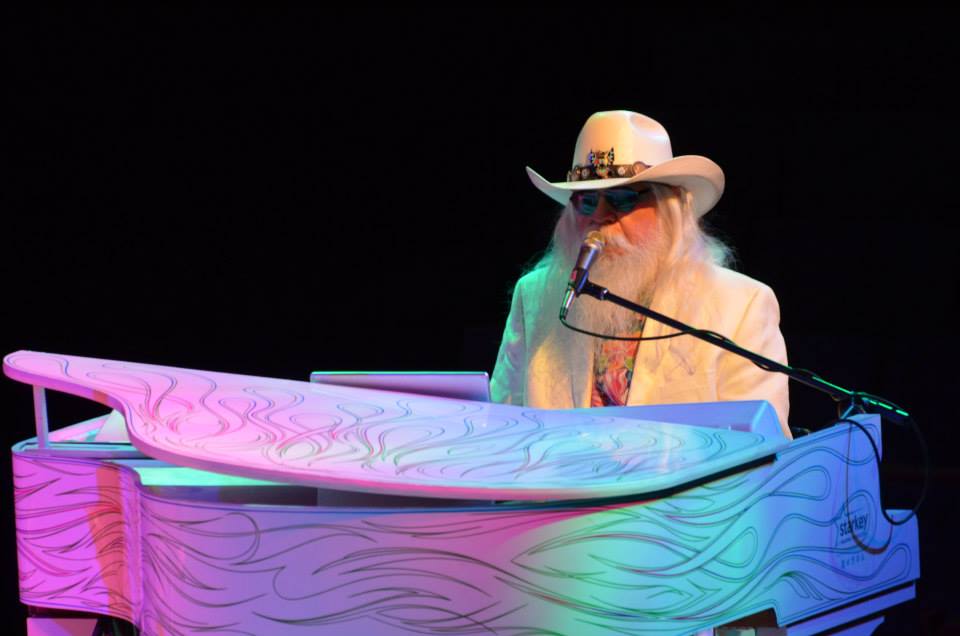 Rock 'N' Roll Hall of Fame member Leon Russell, as well as Southside Johnny & The Asbury Jukes, along with special guests The Persuasions, thrilled a small but enthusiastic audience at the intimate NYCB Theater in Westbury on July 27, 2013. The intimate venue, which on many concert occasions is used as a theater featuring a slowly rotating stage, was set up specifically as a standard concert venue, with all seats facing the stage. As a result, each seat provided audience members with clear sightlines toward the performers.

The evening began with The Persuasions quietly taking the stage and silencing the crowd with an a cappella set of awe-inspiring standards. Impeccably dressed in black suits and bright red shirts, each member of the five-man group took a turn center stage, singing lead.

Both the enthusiastic audience and the group fed off of each other's energy, as each song took the set to a higher level. The group's funny and personal crowd interaction (which included quips about hiccups and indigestion) humanized and prompted even more goodhearted banter, as the audience made songs requests and the group did its best of fulfill each and every one. After a half century, the group showed no signs of retiring and was clearly the ambassador of its chosen musical genre.

After a very short intermission, co-headliner Southside Johnny & The Asbury Jukes took over. The Asbury Jukes was the second act of prominence to emerge from the Jersey Shore music scene following Bruce Springsteen's breakthrough in the early-to-mid-'70s. There have been a number of personnel changes in the 35+ years since the release of its debut, I Don't Want To Go Home (Epic, 1976). The current lineup featured vocalist Southside Johnny Lyon, keyboardist Jeff Kazee, bassist John Conte, guitarist Glenn Alexander, drummer Tom Seguso, saxophonist/percussionist John Isley, trumpeter Chris Anderson and trombonist Neal Pawley. 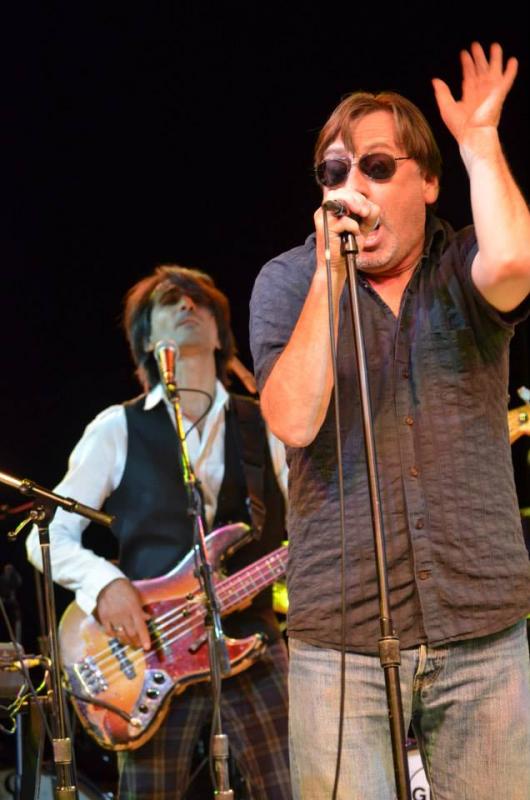 Lyon quickly announced that the band wasn't going to fool around, and ripped through a tight thirteen-song set that leaned heavily on the group's Springsteen/Little Steven-influenced history, including "This Time It's For Real," "Talk To Me" and "Love On The Wrong Side of Town," while effortlessly mixing in newer fare such as "Harder Than It Looks," "Passion Street" and "Into The Harbor."

The evening's one somber moment occurred as "Crazy Mama" was dedicated to the recently deceased J.J. Cale. When the song ended, the crowd showed its appreciation for both Cale and The Jukes.

The band then launched into the Springsteen-penned "The Fever," which reenergized the crowd and again elevated the mood. The freewheeling, fun-filled performance was punctuated by a few stories and the interplay between Lyon and Kazee, as well as some of the choreographed dance moves by the horn section, with Anderson showing that he was especially adept at spinning his trumpet on his finger while dancing to the beat.

The set concluded with Lyon asking the audience what it wanted to hear. Calls for "All I Want is Everything," "Why Is Love Such A Sacrifice," "On The Beach" and "Having A Party" were met with kick-ass versions of "Trapped Again," "Hearts Of Stone" and "I Don't Want To Go Home." The audience danced in the aisles and sang along to the lyrics, while the band shimmied and danced across the stage as these three songs worked the already excited crowd into a frenzy.

The evening's third performance began when Russell—resplendent in a white suit and his trademark white Stetson—walked slowly onto the stage and set his cane aside as he sat at his white piano/keyboard and quickly set sparks flying, roaring through a set of classic rock and pop songs. During the performance, the legendary septuagenarian musician and songwriter shied away from interaction with the audience (his only short story, told while technicians were correcting an equipment malfunction, was about his distrust of politicians); instead, he let his playing and one-of-a-kind nasal vocals speak for him.

Russell and his band—longtime bassist Jackie Wessel, drummer Brandon Holder and keyboardist/lap steel guitarist/mandolinist Beau Charron—had the audience shouting encouragement and dancing in the aisles to a stellar set that included: "Delta Lady, "Wild Horses," "Satisfaction," "Georgia On My Mind," "A Song For You" and a souped-up, honky-tonking version on The Beatles' "I've Just Seen A Face" that would not have been out of place in a southern roadhouse. Each song was performed with precision and in Russell's distinct manner and arranged in such a way as to make the crowd keenly aware of what the song was, while still allowing Russell to take ownership of the piece. The evening ended with Russell playing "Roll Over Beethoven" with such speed that would suggest, if heard in a vacuum, that the band was being chased by the police.

As the audience made its way toward the doors, the audience members were overheard saying how enjoyable The Persuasions were; how much energy Southside Johnny & The Asbury Jukes brought to the venue; and how amazed they were by Leon Russell's playing and performance.