By Nenad Georgievski
September 22, 2018
Sign in to view read count 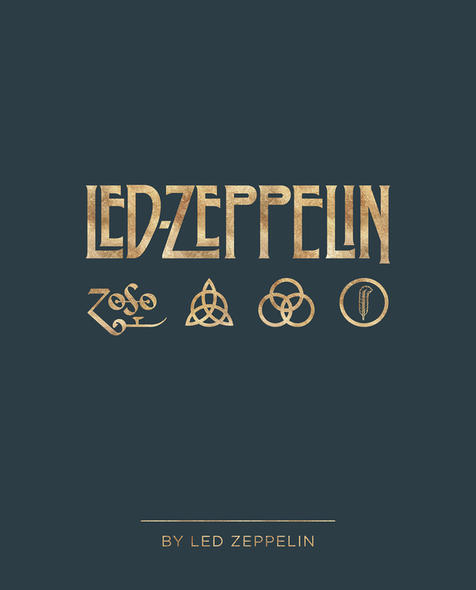 It was 50 years ago when a group of four people gathered in the basement in Central London for a rehearsal in order to fulfill touring obligations from the band they were assembled to replace. Built on the rubble of the seminal band Yardbirds and with ideas of pursuing a more dynamic and adventurous music, this new band initially named as the New Yardbirds, led by guitarist Jimmy Page who took over the reins when the Yardbirds abruptly imploded, were about to embark on a spectacular journey that began modestly in that rehearsal space. For this purpose, he recruited the seasoned bassist and arranger John Paul Jones, and two unknown talents from the Midlands, singer Robert Plant, and drummer John Bonham. The new group had no time to spare as very quickly they went to fulfill the previously scheduled touring commitments in Scandinavia and in short time went to record its debut, Led Zeppelin I. (Atlantic, 1969)

The debut album was unlike anything from that era. What is remarkable about it is that this is the sound of four people who have been together for less than a month starting from that iconic rehearsal. The album showed Led Zeppelin's unique musical chemistry, the intensely creative working relationship, their commitment and more importantly it laid the foundations for this Juggernaut's monumental 12-year supreme reign. Led Zeppelin I signaled the great storm that was coming and the band's world dominance of that era's music industry. From there, the band went to become one of the most popular rock acts in history, their albums began selling in millions and topped the charts, their tours were gigantic affairs, they became darlings of the FM radio, and their image was of gloom and mystery. That unique chemistry and potent energy yielded music that expanded the genre they worked in as they accepted ideas and sounds outside the usual rock traditions. Their unparalleled artistic ambitions led to a great diversity in their oeuvre and a constant quest for music experimentation and adventurism that resembled that of the Beatles with the exception that the band went further and translated that music to stages worldwide. The few official live recordings and the plethora of bootlegs showed what a fearless and innovative group Zeppelin were live in their heyday. Even their infamous reputation as hellraisers went alongside with the reputation for highly inventive, intricate and masterful musicianship. All of this was abruptly stopped when drummer John Bonham died after falling asleep in a state of acute intoxication in 1980 and inadvertently brought an end to one of rock's greatest bands.

In order to mark Led Zeppelin's 50 anniversary, the band's surviving members have teamed with the renowned art-book publisher Reel Art Press and have contributed to Led Zeppelin by Led Zeppelin, the band's first official photo book and it almost follows the same path previously trodden by Jimmy Page's photo book Jimmy Page by Jimmy Page. While Page's book had an autobiographic approach and it charted a photographic journey starting from his exposure to music at church at a young age and eventually continued to portray most significant chapters of his illustrious career both with Zeppelin and beyond, the Zeppelin book concentrates exclusively on the band's career during its active history and beyond.

Since its beginnings, it had a famously bruising relationship with the media. While it was intensely popular during its active existence the critical respect was elusive and with few exceptions, distanced and misunderstood. And since media access to the band's inner circle was always restrictive, the band mostly allowed photographs to be taken from the band when performing, and let those photographs do the talking and spread the message of what was it like. So the book opens with photographs of two letters dated from January and February 1969, one by Ralph J. Gleason, the renowned jazz critic and the editor and founder of Rolling Stone magazine, addressed to Atlantic Records' boss Ahmet Ertegun, and a fan letter. These two letters showcased the famous rift between the band and the media and the mesmerizing effect the band's music has had very early on music fans in the US.

This collection was produced in close collaboration with the band members who personally selected the plethora of photographs and the selections feature such renowned photographers as Neil Preston, Bob Gruen, Ross Halfin, Michael Zagaris to name but a few including the archives of the band's label Atlantic and the design studio they worked with, the legendary Hypgnosis. The photographs are divided into various sections depicting different chapters in the band's history and development. Most of these photographs are rare or previously unpublished. The pictures range from Zeppelin's nascent days as young and ambitious musicians playing clubs to their most recent years the stylishly venerable elders of rock 'n' roll. This electrifying collection includes spectacular stage shots, various publicity photographs, photographs of meetings, studio sessions, moments of joy and respite, travels, home photographs, backstage photographs, album images, iconic photo shoots, as well as intimate backstage portraits, and all of this to chart the musical revolution and the remarkable history of one of the greatest rock bands in history. Apart from these telling photos, the pages are sprinkled with personal quotes and are also enhanced by handwritten notes or lyrics and posters.

What is missing are other moments when Led Zeppelin regrouped posthumously for one-off performances on occasions such as Live Aid, the 40th Anniversary of Atlantic Records, the induction into the Rock and Roll Hall of Fame in 1995 (when they played with Neil Young and Aerosmith), or other moments when they all got together to be awarded as on music magazine Q Merit Award in 1993 or the Kennedy Center Honors in 2012, the US's highest cultural award. Instead, they chose to close the book with photographs from "Achilles's Last Stand" or the famed one-off reunion concert at the O2 in 2007 which was a spectacular chapter in the band's history and "celebration" of rock music at its most magnificent and moving. The very end of the book contains annotations and comments for every single photograph that is found in this precious book and is full of great and insightful stories.

Led Zeppelin by Led Zeppelin is a great book that tells a vast and authoritative story about a rock deity that conquered the world on the sheer power of music, musicianship, mystery, alchemy, and volume. It is a photographic journey that serves as a reminder of what a fearless and innovative group Led Zeppelin were. But their journey still inspires and awes. Evidently, even after 50 years the band and its music represent a mountaintop that will never again be conquered. And it all began in a small basement 50 years ago.