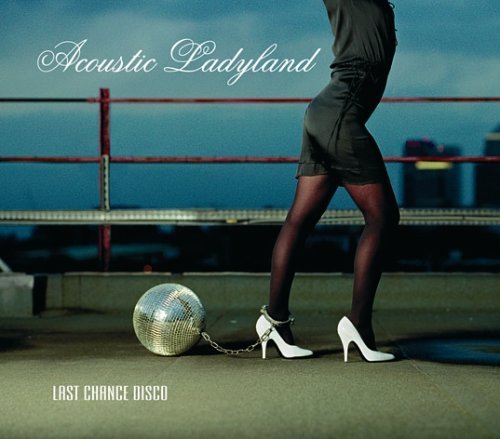 Another revolutionary and heartening jazz-is-reborn manifesto from the F-IRE collective of young London bands—and by a mile the most extreme to date. At times closer to thrash metal and grindcore than jazz as it's usually defined, and acknowledging the presence of Pig Destroyer and Dizzee Rascal in the world around it, Acoustic Ladyland is either an electric jazz band that plays dirty rock 'n' roll, or a dirty rock 'n' roll band that plays electric jazz. Either way it'll rip the nose clean off your face, and either way it's a riot.

This is the sound of young London and the sound of tomorrow, but you know what? Your parents might like it. (If they're jazz fans, that is.) Because Acoustic Ladyland—like F-IRE colleagues Polar Bear and Ingrid Laubrock, whose respective Held On The Tips Of Fingers and Forensic were recently reviewed here—are reclaiming the joyous, on-the-edge and in-the-moment lust for exploration and adventure that used to define what jazz was all about and now might do so again.

Three of the four musicians who make up Acoustic Ladyland (saxophonist Pete Wareham, who writes all the tunes, bassist Tom Herbert, and drummer Sebastian Rochford) are also members of Polar Bear, but the vision here takes a substantially bigger fix from the experimental end of rock and punk. Both bands share an attitude, to music and the world, and both graft a free jazz aesthetic on top of the beats, but they're very different animals. Acoustic Ladyland give a much bigger nod to crunching WMD riffs (check son-of-Willie Dixon's-"Spoonful" riff on "Remember") and full-on high-decibel sonic distortion. It's amazing that such similar lineups can produce such dissimilar, from-the-heart musics.

The opening "Iggy," a roaring whirlwind of punk bass, screaming tenor sax, rough keyboards, and take-no-prisoners drumming, says it all. "Thing" inhabits similar territory. (Well, ravishes it, more like.) "Deckchair," "Trial & Error," and "Nico" are relatively spacey and understated, but only relatively—the album is really a near seamless flow of rapid fire explosions, postmodern beats, raucous instrumental exuberance, passion, anger and, indefinably but unmistakably, hope and optimism. Fierce shit, and on the right side of the barricades.

Acoustic Ladyland, formed in '01 to play jazz reimaginings of Hendrix—and exciting enough even then—has now evolved into one of the most thrilling bands on the planet. No question about it. A punk jazz orgasm you don't want to miss.