BY GLENN ASTARITA
March 8, 2017
Sign in to view read count 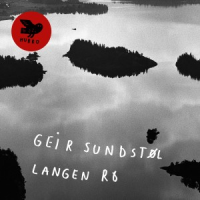 Indeed, there are serene, drifting and stunning passages on this album by longtime Norwegian session musician Geir Sundstol, who after twenty-something years in the business releases only his second solo album, following up Furulund (Hubro, 2015). The accompanying marketing material cites Sundstol as a guitarist and instrument collector, although the CD jacket only lists the musicians, sans the instruments they play, other than what is disclosed on the press kit and noted at the bottom of this review. No doubt, Sundstol aligns himself with a troupe of Scandinavian all-stars on this superfine outing.

The production consists of several movements that merge ambient electronica with Steve Reich type minimalism, folk, and a few inadvertent nods to guitarist Pat Metheny's rustic, windswept dreamscapes. Moreover, Sundstol's pedal steel and / or slide guitar articulations are often centered upon placid dreamscapes, tinted with melodic persuasions and other notions where he seemingly dissolves his notes into night sky. It's wondrously choreographed via his finely envisioned artistic inclinations. In many instances, disparate tonal qualities are framed upon a classical discipline or looping patterns amid understated theme-building mechanisms.

Violinist Erik Sollid (Valkyrien), keyboardist David Wallumrod (Spirit in the Dark), bassist Nikolai Eilersten (Elephant 9) and others help create a polychromatic and sometimes, fragile amalgamation of converging textures. Pieces such as film composer Giorgio Moroder's surreal and bluesy piece "Tony's Theme (from the movie Scarface)" and the pristine and ever-so-gentle ballad "Los," are etched by the leader's echoing pedal steel guitar lines and keen use of volume control techniques. Yet "Baris" is built on reverberating thematic forays and oscillating synths notes that formulate a multidimensional vista.

"Bek" is another work that could easily serve as a backdrop for a cinematic endeavor due to Sundstol's sublime riffs, anchored by one of the keyboardist's whistling synth patterns. Here, they elicit imagery of peering over a canyon at sunset. Either way, the program fuses a metaphysical platform with a quietly upbeat vibe that is also hip, expertly executed and irrefutably compelling.