By GLENN ASTARITA
May 5, 2013
Sign in to view read count
Track review of "Kristian Terzic" 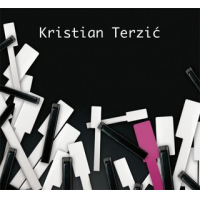 In case the good word hasn't gotten out, Croatia boasts a nascent jazz scene. Keyboardist Kristian Terzic dispatches a prime example of that notion, performing with fellow countrymen on this sparkling rendezvous that skirts jazz-fusion and the Latin element. Other than his impressive technical faculties, Terzic shines as an impressive composer. Regardless of tempo or when the band works on overdrive, the agenda is etched by surging themes, shaded with memorable harmonic content and rousing unison choruses. And there are movements where the ensemble flirts with little big band type bop. Here, multiplicity plays an important role.

"Up & Down" seemingly derives inferences from the Yellowjackets songbook, as a pulsating and affable 4/4 impetus alternates with a briskly executed Afro-Cuban vamp. Moreover, Terzic spots a few bars of blues into his jazzy metrics, heightened by Sterpin's flotation-like phrasings. As the band launches a swift attack, capped off by electric guitarist Alen Spada's scorching solo towards the finale.

Solid compositions and powerful arrangements enhance the band's bottom line. Essentially, Terzic casts a mark of distinction since many other efforts of this ilk either favor commercial potential or the respective musicians' technical prowess. The keyboardist successfully fuses both of those factors into a set that has significant replay value.