By GLENN ASTARITA
December 28, 2010
Sign in to view read count 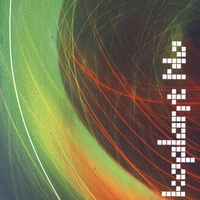 Produced in Iowa City, IA., Koplant No may allude to a research project, concentrated in the observation of alien life within a sector on a distant planet. Engineered with depth, space and mood-eliciting soundscapes, the quartet generates an oscillating jazz-fusion electronica schema, treated with melodic choruses, drifting motifs and beguiling storylines. Nothing is sugar-coated from a New Age-like standpoint, although there are plenty of sweet spots interspersed throughout the program. Here, saxophonist Joel Vanderheyden and trumpeter Brian Lewis Smith help integrate progressive jazz ideologies into a textural feast for the mind's eye.

With blithe electronics movements and ethereal overtones, the respective musicians make each note count. And it's all firmed up by converging horns choruses, intricately exercised improvisational sequences, and spicy background treatments. The artists carefully fuse dynamics and power on "Travelin' Man," where Smith's spacey electric piano notes instill a malleable foundation for yearning choruses from Vanderheyden that poignantly contrast with the rhythm section's cyclical polyrhythmic support.

The quartet pronounces a wide-open world, and in various regions of the album incorporates ambient-electronic based settings that either accent or envelop a given melody line. But the differentiator, when compared to similar undertakings by others, is seeded by thought-provoking compositions that are designed with substance and residual value, articulating a personalized, group-centric counterattack to the tried and true.