BY EYAL HAREUVENI
February 2, 2014
Sign in to view read count 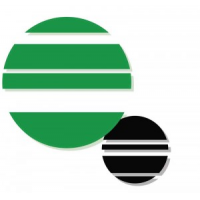 KNYST! is a new Norwegian trio inspired by the fiery American free jazz of the sixties who transform it to fresh, updated forms of musical expression. The trio, all members of the Paal Nilssen-Love Large Unit—alto saxophonist Kasper Skullerud Værne, drummer Andreas Wildhagen, a member of the experimental Lana Trio and modern jazz quintet Mopti, and double bassist Christian Meaas Svendsen, known for his solo performances, another member of Mopti and half of the duo Duplex; each contributed compositions to this debut.

The trio's vocabulary and compositions' themes are well-versed in American free jazz of the sixties, emphasizing simple riffs and singable melodies delivered with an intense, passionate and personal manner, as on "Denmark" or the explosive "Eine Kleine Sklepy," which follow the intuitive, flowing and poly-rhythmic interplay of seminal Ornette Coleman outfits. But more often KNYST! play with these singable themes in their own, highly personal aesthetics. Blurring playfully the conventional skeletal concept of a jazz piece,they keep busy exploring surprising sides to mutate and morph these expressive melodies into a loose and climatic mayhem of sounds.

There is always an element of danger and risk-taking in the trio's interplay, even on their most contemplative and lyrical selections, as in the chamber piece "Achsulott." It begins as a track that pays dues to the melancholy aesthetics of the ECM Nordic school, then organically and immediately transforms into an energetically fractured march. "Om Natt" is another lyrical piece, structured loosely, featuring the singing and playing of Værnes while the wise, minimal touches of Svendsen and Wildhagen shake the simple melodic structure with daring, searching sounds.

A brilliant debut for a promising, strong-minded trio.