Kenneth Whalum III: Taking Jazz Away From The Norm 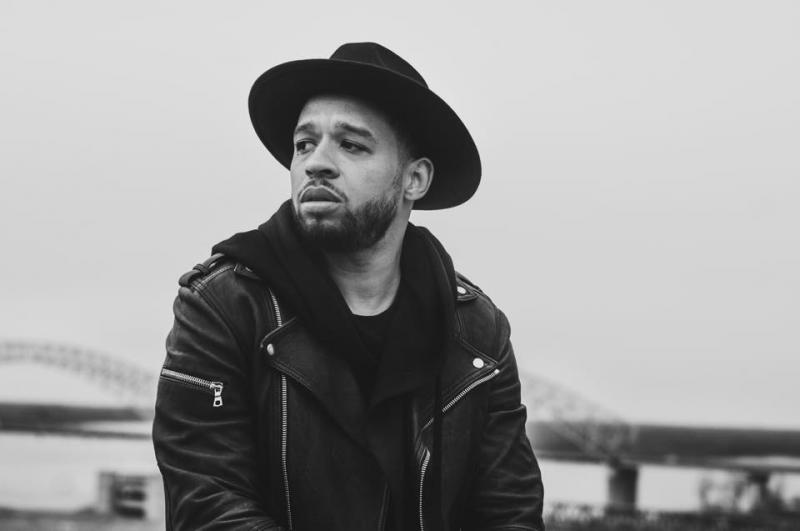 BY K. SHACKELFORD
July 11, 2015
Sign in to view read count
Kenneth Whalum III, a young jazz saxophonist, continues to grow and shine with his musical exploits. He's performed and helped shaped the live musical experiences of today's top hip-hop artists including Ludacris and Jay-Z, in addition to pop stars such as Justin Timberlake, Ciara and Bruno Mars. One person described Whalum's sound as "creatively engaging, intense, and artistically real, pushing the conventional boundaries of contemporary emerging artists." You can also hear him on the recently released The Gospel According To Jazz, Chapter IV by uber-talented saxophonist Kirk Whalum.

"Away" is the latest single by Whalum who is set to put out his second album this year entitled Through Hell & High Water (2015). It follows his first groundbreaking record, To Those Who Believe, which was self-released in 2010.

Jon Wertheim of All About Jazz described To Those Who Believe as "a mission statement, full of the kind of uplift, awareness and personal connection—not only with music, but with the whole world—that has defined the hip-hop/jazz generation." "Away" carries that same tradition with a narrative that features self-reflective lyrics by American rapper and producer Big K.R.I.T. K.R.I.T rhymes over a groove of young jazz stars which include pianist Kris Bowers, drummer Jamire Williams, and Whalum on saxophone and vocals. Like many of the compositions on To Those Who Believe, the piece is birthed out of personal introspection and also engages the subject of faith. Whalum noted that the lyrics to "Away" resonated with the personal experiences and struggles of he and K.R.I.T, who both grew up in the "Bible Belt" South and have moved on to highly successful music careers. K.R.I.T raps "Pray for me, wait for me, if I fall short, the devil give chase for me. Stay for me. Have faith for me. Save a warm plate and some space for me. When I get home." In "Away," K.R.I.T proved to be the perfect artist for this project, providing social and theologically conscious storytelling through authentic rhyme.

Whalum originally sent K.R.I.T another music track for the song, but luckily, the Mississippi-born hip hop giant chose this one. It was a good move. Though all of the musicians on "Away" are masters of virtuosity and driving rhythms, they engage in the beauty of constraint—preferring to approach the track through abstraction and self-editing. Thus, the lyrics are allowed to amplify the great sense of pathos in the piece. The orchestration is like musical art, providing subtle and hip garnishes that support the catchy hook, Whalum's vocals (which beautifully range from tenor to a like falsetto), and K.R.I.T's message.

Just recently, Whalum released a new video for "Away."

Shot in Memphis, Tennessee (Whalum's hometown), the black and white aesthetic of "Away" illuminates a sense of intimacy and blues, which is characteristic of most of Whalum and his band's branding style. Whalum is an epicure of the dark, but in a seriously good way. Part of his philosophy suggest that we cut out the play and deal with the heart or seriousness of life's issues. Yet after he shows the problem musically, he inspires positivity and change for the better. The video magnificently reinforces the hit, giving it an even stronger vantage point in the hip-hop canon of music videos which tend to focus on themes such as glamour and hyper-masculinity.

From start to finish, the video is a documentary of sorts, as the directors, Squint and K.Cutta, carefully captured selected shots of various communities of Memphis. The shots almost say that even though each community is far "away" from each other, in terms of social class and purpose, they all are inextricably intertwined to one's identity—one's 'complex' identity to be exact. The tension occurs when one embarks upon the difficult task of leaving spaces of the past to places where better personal growth and success occurs. In symmetry with K.R.I.T's lyrics, the viewer is invited into this cogent questioning and negotiation of the relevance of the past, especially its symbols, and the people in it. One of the video's directors, Squint, cited that, "My cinematographic approach was to capture Memphis, Tennessee as a memory." He also shares that he decided on the black and white film aesthetic to give the video that "classic feel."

For example, the video provides historic landmarks relevant to Whalum's childhood which include B.B. King's Blues Club, and a surprising short but powerful focus on the Lorraine Hotel. The Lorraine Hotel is where Dr. Martin Luther King Jr., was assassinated in 1968 on the balcony of one of their rooms. In addition, the ensconced images of urban decay and its daunting effect on quotidian southern black existence throughout the video, add to the story. Haunting yet powerful are the shots of poverty, such as neglected buildings, a yard with a broken car, and kids playing outside around a discarded couch.

Activist/sociologist/black intellectual W.E.B. Du Bois would speak of some of the themes in the video and lyrics of "Away" yet almost 100 years earlier and 3 hours away from where the video was shot. It was during a teaching stint in Tennessee that Du Bois noticed the "strivings" and ills of the southern black experience. There he received inspiration to write his classic text The Souls of Black Folk and addressed these issues in the official magazine of the NAACP, The Crisis, which Du Bois founded in 1910.

The "Away" video is also reminiscent of the long-standing and notable relationship between the conscious jazz artist and the camera. When watching the video, the images reminded me of the work of award-winning photographer Roy DeCarava, who was well known for creating what scholar Scott Saul calls a "photo essay" of artists like John Coltrane. DeCarava aesthetically captured Coltrane's humanity and heart through carefully selected settings of his career. DeCarava was also a fan of Coltrane and pictorially focused not only his craft, but his relationship with the jazz community. Like DeCarava and other relationships between early jazz photographers and jazz musicians, there was a relationship between the directors and Whalum prior to the making of the video.

Now the concept of the "music video" wasn't alive in those days, but the work of jazz photographers like DeCarava and Gordon Parks have greatly illuminated the story of the musician and the story of jazz. Creative photography is still an important part of documenting the musician's world today. "Away" carries this tradition and is what makes this video, along with the factors mention above, worth critical engagement and discussion.