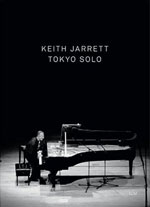 When piano icon Keith Jarrett released Radiance (ECM, 2005), it signalled a welcome return to solo performance, something that was curtailed from the mid-1990s through 2002 as a result of a serious health issue that, at times, had Jarrett himself wondering whether he'd ever be able to play again. While ECM, his label for over 30 years, had enough material in the can to fill the gap while Jarrett battled with Chronic Fatigue Syndrome, it was with the release of an uncharacteristically spare home recording of standards, The Melody at Night, With You (ECM, 1999), that Jarrett fans were able to breathe a sigh of relief. Clearly Jarrett may have been down, but he was by no means out.

Still, from 1999 through 2002 Jarrett returned to the concert stage almost always accompanied by his longstanding trio partners, bassist Gary Peacock and Jack DeJohnette. The rigours of his traditional solo shows—hour-long or more continuous performances of spontaneous composition drawn from the ether—seemed beyond his reach, with an unsatisfying attempt to return to solo performance in the early part of the decade suggesting to Jarrett that perhaps those days were gone for good, despite his becoming stronger and healthier with each passing year.

But in 2002 Jarrett returned to solo work with a new approach that managed to address the problems of continuous performance by working in smaller chunks, but conceptually building each successive piece from what came before. These pieces could be as long as fifteen minutes and as short as barely a minute. But on Radiance it became clear that not only did this new approach work for Jarrett, it in many ways reinvigorated his approach to solo performance, making that record one of the best solo records of his entire career.

The music, like that on Radiance, is impeccable—perhaps even surpassing the show from three days earlier. And while Jarrett, who can be an animated performer and often vocalizes his ideas in ways that some find difficult to take, is reasonably subdued here—at least compared to those earlier DVD/video releases.

But what is most immediately striking is the quality of the sound. Being able to take advantage of DVD's higher resolution, as sonically excellent as Jarrett's CD releases have been, here his piano is so rich, so present, so immediate that you truly feel as though you're in the concert hall with the rest of the audience.

The video is also outstanding. From distance shots of Jarrett to full-on closeups of both his face and his hands, director Kanama Kawachi captures the performance in ways that exceed what would be possible being a member of the audience. Kawachi, in fact, leaves no detail unexamined, whether it be Jarrett's pedal work or the clear way in which, while he many not be thinking in a normal way while improvising, decisions are being made moment-to-moment. In fact, more so than any previous solo performances released on video, Kawachi manages to achieve the impossible—make one man and a piano on a stage a thoroughly compelling watch time and again. Most effective, perhaps, are the distance shots where Jarrett and his piano are surrounded by darkness—mirroring, perhaps, Jarrett's own sense of total self-absorption during the creative process.

While there are certain aspects to Jarrett solo performances that can be compartmentalized—periods of abstraction and density broken up by tender moments of unadulterated lyricism, anyone who has followed Jarrett's extensive solo discography—or, even better, had the good fortune to see him in performance—knows that the shape every concert takes is truly different. It's the reason why Jarrett, despite being sometimes criticized for his visual and vocal affectations—not to mention behaviour that some might call prima donna-ish—is considered one of the most important,if not the most important improvising musician of the past 40 years.

While previous video releases have all had their value, it's no hyperbole to say that Tokyo Solo represents the most vivid and compelling Jarrett DVD released to date. Hopefully ECM will be encouraged to film more concerts by others on its roster, because it's clear that the attention to every detail that has been the trademark of its nearly one thousand audio releases, has been taken one step further with the release of its first concert DVD. Jarrett was, of course, the obvious choice, but hopefully this is just the beginning.