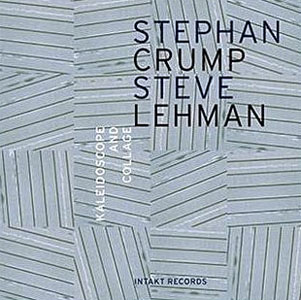 Bassist Stephan Crump and alto saxophonist Steve Lehman are both musicians with little time for musical boundaries. Their CVs confirm this, but what they perhaps don't throw up so readily is that they are both closer to the future of this music than many of their contemporaries. In recent years, Crump has been an active member of pianist Vijay Iyer's small groups, while Lehman has been a member of Fieldwork, along with Iyer. This shared point of reference is of limited utility, however, and is hardly surprising, given that both men are deeply aware that improvised music has to evolve and adapt.

This awareness is one of the many strengths of this duo set. Over the course of a couple of pieces—and a total playing time of less than forty minutes, which could have been doubled without any diminution of quality—the two men engage in a dialog which throws up all manner of rarefied conclusions and inscrutable airs. "Terroir" is not merely multi-faceted, but also so episodic in its passing, that it could almost be a summary of the duo's talents. It's clear, too, how Lehman has worked hard to arrive at an individual sound. But it's his instrumental conception which is going to serve him more in the course of his considerable future. While there's a faint air of Lee Konitz about some of his work, it's still obvious that he's what might be called a post-Anthony Braxton player of no little importance. That said, there's certainly nothing of Braxton's agitation about his work, while his consideration is the aural evidence of a mind that never ceases working. Over the course of the piece, Crump uses his bass as a percussion instrument in places, but there's no contrivance. Instead, the approach serves to enhance the music, making for a listening experience that doesn't so much catch the ear as it captivates the attention.

On one level, "Voyages" is a continuation of the same conversation, but on a deeper level it's testament to an evolving dialog. The tentative opening passage is lyrical in an offbeat, largely unprecedented way, but the music's formal organization is secondary to the spontaneity of which both men are masters and the demands of the moment so shaped. When the music does get more animated the result is chamber jazz of a rarefied order, which has the effect of making the brevity of the program even more frustrating.