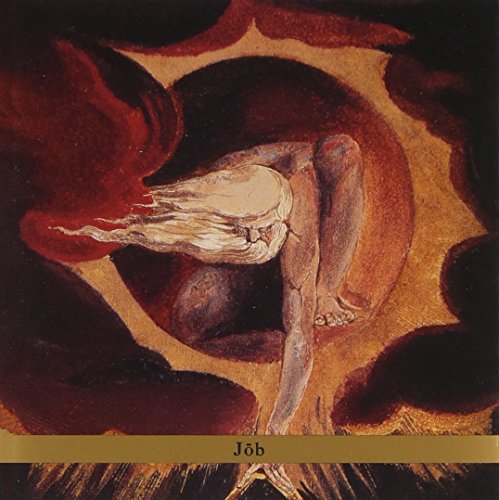 The 1990s saw a resurrection of musical styles from ska and big band swing to Klezmer. Like the hype, most of these revivals soon faded. But funny thing is Klezmer continues to stick around. The traditional Klezmer bands have given way to offshoots into the avant- and jazz, and this is where a novelty gets interesting.

Naftule’s Dream is the avant-child of clarinetist Glenn Dickson’s Shirim Klezmer Orchestra. Where SKO preserves the traditional Klezmer, Naftule’s Dream extends it into a modern context of rock, free improvisation and jazz. Dickson, trained as a classical clarinetist, easily sheds any pretension for this new generation of music making. Job is the third release by ND. It follows Smash, Clap! (1998), the heavily rock-influenced Klezmer-meets-RaymondScott outing.

While JOB relies less on rock-and-roll, it has a more diverse feel. ND is moving towards a noisier, Tin Pan Alley songbook. This disc, recorded live, has the familiar sound of Henry Threadgill’s Very Very Circus recordings. Where else have we heard the tuba/ accordion/ electric guitar combination? Where ND parts with Threadgill is in their multi-directional approach to music. With Glenn Dickson and Michael McLaughlin sharing the music writing chores and the musicians contributing individual voices, there is plenty here to maintain this music. Drummer Eric Rosenthal, a veteran of recordings with Anthony Braxton, Either/Orchestra and free jazz saxophonist Bhob Rainey, follows in a line of modern accent drummers like Joey Baron and Matt Wilson. Guitarist Pete Fitzpatrick is equally at home in the sideshow, the reggae den and industrial noise factory. ND filters the music of Eric Satie through a Tom Waits looking glass on “Gnossiene #1” and “Gnossiene #2.” They recast Fiddler on the Roof’s “To Life” as a fully orchestrated act of de-arrangement and cartooned mayhem.

Expect the Klezmer revival to morph again soon and continue on.