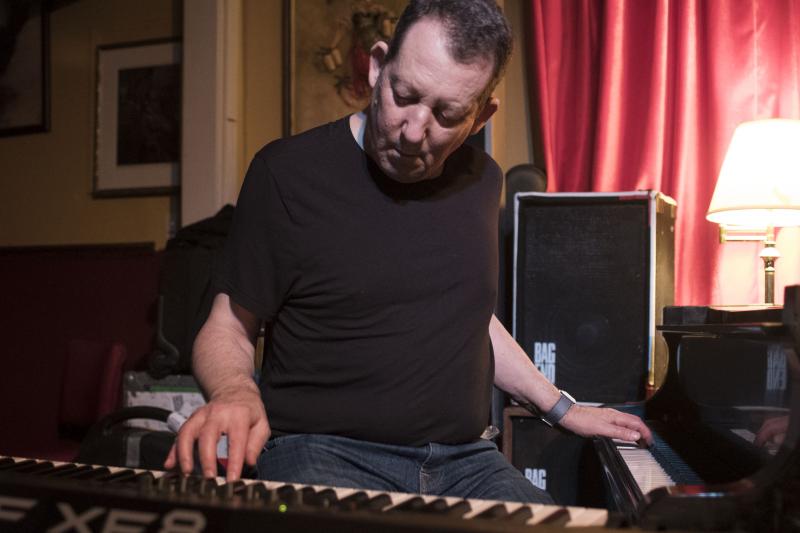 One of the pioneers of the fusion movement of the early '80s that ultimately morphed into the smooth jazz craze, keyboard man Jeff Lorber made his initial mark with the five albums he cut between 1977 and 1981. Leading an ensemble billed as the Jeff Lorber Fusion, the last few albums he recorded for Arista even featured the budding saxophonist Kenny Gorelick, who later dropped his last name for an initial and opted for a more commercial approach.

Now at the age of sixty-four, Lorber continues to produce music and remains a fixture on the LA scene. His last several recording projects have found him working under the Fusion banner once again and with former Yellowjackets bassist Jimmy Haslip. Just released in March of this year, the album Prototype features Haslip and drummer Gary Novak and it was slated that this trio would make the scene for a series of dates supporting the album release.

By the time of its Memorial Day weekend gig at Nighttown in Cleveland, Ohio, the line-up had changed several times. Ultimately, the bass chair would be filled by Michael Manson and the drummer would be studio great Lionel Cordew. In addition, smooth jazz saxophonist Everette Harp would also be added to the ensemble. Regardless of the cast of characters, the first show at 8 pm was sold out and the 10 pm set was just about approaching a full house.

The late show got underway with a sprite number from the new album entitled "What's the Deal?." Lorber, seated with his keyboard and the club's piano spread at a ninety degree angle, hopped over the keys with both hands unleashing rapid fire runs and then flinging his left hand in the air as a celebratory demarcation. Harp's tenor statement was of the high octane variety and his lines were both soulful and intelligent, although his use of echo and other electronic effects was superfluous at best.

With a stick click on beats two and four, "He Had a Hat" sported a sunny groove that provided a strong forum for the irrefutable talents of electric bassist Michael Manson. Swaying left and right to the beat, Manson let loose with a technically dazzling solo that brought cheers from the audience and then enticed Harp to up the ante with his own fluid statement.

A memorable melody line with its nursery rhyme hook, "Hacienda" featured some acoustic piano greatness from Lorber along with another crowd-pleasing romp from Manson's bass. By this point, it was time for Cordew to offer his own statement, taking a tasteful and musical drum solo on a newly-minted shuffle beat offering from Lorber entitled "Test Drive." Reaching back to his iconic Water Sign album, Lorber then closed the evening with the oft-sampled "Rain Dance" and then a funky "Tune 88," the latter featuring some trading of bars between Lorber, Manson, and Cordew. Aside, from the aforementioned electronic gimmickry from Harp, there was much to enjoy over the course of the generous set due to the considerable talents of all involved. It just goes to show that this often slighted genre can produce music of substance and value.