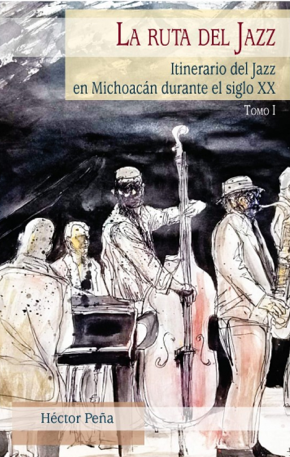 In 1884, the City of New Orleans hosted something called the Cotton Centennial Exposition, colloquially called a World's Fair. Alas, the Exposition was something of a bust, plagued by financial problems, poor attendance, and unmet deadlines. Nevertheless, the Mexican Exhibition was something to see. The President of Mexico was Porfirio Diaz, and he was chasing economic development and foreign investors. You put your best foot forward under these circumstances, and Mexico did. Music, it appears was a big part of the road show.

The music was provided by a military band, the "Banda de Música del 8° Regimiento de Caballería" (Band of the Eighth Cavalry) which was based in the city of Morelia under the direction of Encarnación Payén. The band played concerts at the Mexican Exhibition, and Payén himself received handsome recognition for his "incomparable band" in 1885. This was a crack organization, hand chosen for the occasion. It remained in the United States for six months. The Band not only played a heavy schedule in New Orleans, but went on the road, visiting Chicago, St Louis, and Memphis. Contemporary accounts specifically mention a very good clarinetist, a certain Galarza, and a particular cornet soloist. The performers brought several new stringed instruments to New Orleans, "of the mandolin family," and generally appear to have torn the place up.

The connection between Mexico and New Orleans was of long standing, going back to the days when Louisiana was part of the Spanish Empire in the late eighteenth century. There was a steady stream of Mexican migrants to New Orleans beginning in the late 1820s, and included famous politicians in exile, the odd merchant and financier, and other interesting types. In all likelihood there were musicians there as well.

This is all very relevant to reading a history of jazz in Mexico, and specifically, in the state of Michoacán. Mexican historians of music tend to see the Centennial Exposition and Mexico's role in it, as a key moment in the early history of jazz in New Orleans. Cultural nationalism has been a very strong force in Mexico for a long time, so perhaps it is not surprising to read arguments that the clarinet and the saxophone made their way to New Orleans via the Band of the Eighth Cavalry. Or that even the word jazz is derived from the Mexican term jarabe, a folk dance that we in the United States inevitably associate with "the Mexican Hat Dance." Surprising? Well, let's leave it to a musicologist to weigh the accuracy of these and other more sensational claims.: Ted Gioa's The History of Jazz (Oxford University Press, 1997) seems not to say much beyond the band's presence in New Orleans. Alyn Shipton's massive A New History of Jazz (Continuum, 2001) says absolutely nothing about Mexico at all. We do know this: there are now some fair jazz players in Mexico, and there have been for quite some time. About that there should be no dispute.

Héctor Peña's Spanish language La ruta del jazz: Itinerario del jazz en Michoacán Durante el Siglo XX (Jazzways: A Jazz Itinerary in Michoacán In the XX Century) is the first of a promised two volumes. It is going to be a revelation for many jazz fans. One of the earliest players around Morelia (the capital of the state), was Salvador Próspero, a trained anthropologist who was also a clarinetist about whom we have mostly photographic evidence. By 1930, there were several bands in and around the city, whose members, not surprisingly, made their livings in various ways, including on the ubiquitous rail lines in Central Mexico. By the 1940s and 1950s, Próspero had swing bands the certainly looked no different from the seventeen-piece aggregations one would see North of the border. If you needed much evidence the Revolution (1910-1920) had made a difference in at least some people's standard of living, these photos will provide it. If nothing else, musicians could quit their railroad day jobs and make a living playing music. Moreover, there is some aural evidence, relatively easy to find, of what some of the musicians sounded like. Próspero's drummer, Ricardo Lemus, made quite a few recordings when he was on his own. You can hear him on You Tube doing "Blue Rondo a la Turk" a la Joe Morello, and his vinyl recordings fetch some eye-watering prices on Ebay.

The 1950s and 1960s appear to have been a propitious time for jazz in Morelia, the lovely capital of the state of Michoacán. One figure in particular, the pianist, Guillermo Gil, was influential in moving things along. His quartet assimilated hard bop, bebop and bossa nova influences, although Gil apparently had to organize a string quartet for dancing "since you can't make a living playing jazz." In fact, if you listen to the few recordings we have from Mexico at the time, it is clear the musicians were listening to—and really hearing—Chet Baker, Al Haig, Stan Getz—and trying, tentatively, to assimilate those influences into something new. Morelia,, perhaps because of expatriates from the United States, became something of a hot spot. In 1966, Gil recorded "Take Five" and "Girl from Ipanema" in a studio in Mexico City. It was, Héctor Peña says, the first jazz recording made by musicians from Morelia. The gringo expats in Morelia also brought other, less laudable influences, including hard drugs, although no one had to teach the locals to use marijuana or tequila. The motivation is sadly reminiscent of what we have heard from so many of Bird's acolytes in the United States: "maybe drugs are the secret" to playing at that level. Maybe not.

Different from the United States, however, was the involvement of government patronage of the arts. The money was not much, but the state of Michoacán actively funded jazz. And like in the United States, jazz went to college. In 1977, the Jazz Quartet of the Universidad Michoacana de San Nicolás de Hidalgo was formed. By the 1980s, you could go to the famous Sala Nezahualcoyotl at the Museo Universitario del Chopo in Mexico City and hear a variety of Mexican groups perform. As one perceptive critic observed, "In Mexico, jazz isn't really popular music. That's the reason you have to encourage listeners." Well, how many times have we heard that here in the cradle of the music itself? Yet the mere appearance of this book, and its promotion by the Mexican government at a national level (by FONOTECA, something like the sound division of the Library of Congress), gives you reason to believe that the music has a future there, and more than a marginal one too. We should keep listening.