Jazz From Around the World: Africa 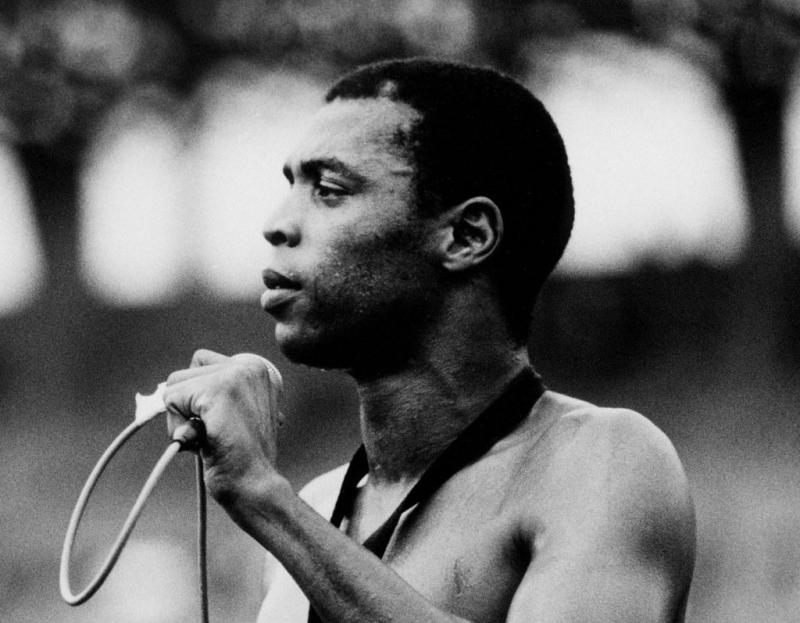 By HRAYR ATTARIAN
July 21, 2016
Sign in to view read count
There is no doubt that African heritage, particularly that of west Africa is at the root of jazz. This is simply factual and is not meant to belittle the contributions of other cultures to its growth and development. In addition, as a genre, it has proven to have a wide universal appeal. For both reasons jazz was adopted easily on the continent, particularly in post-independence West African nations who put their own unique spin on it.

A giant in music and not strictly speaking a jazz man, multi-instrumentalist and vocalist Fela Kuti was as ingenious as he was controversial. A virtuoso musician he taught himself the saxophone after the superb saxophonist Igo Chico left his group Africa 70. Known for recording long, looping tracks filled with spontaneity and infectious Afro Beat, Kuti's undisputed masterpiece is his 1973 release Gentleman. Made up of three long tracks it features both Kuti and Chico on energetic and inventive saxophone solos along with all the trademarks that made Kuti the artistic genius that he was.

Kuti was definitely not the first Nigerian to experiment with jazz. Percussionist Solomon Ilori released African High Life on Blue Note records in 1963. On the album that remains sorely underappreciated, Ilori leads a group of Nigerian and American musicians through several folk tunes that he interprets with his singular approach.

Further north in the former French colony of Mali where the tradition of the griot story telling musician originates, jazz also found a foot hold. The large ensemble of Le Super Biton National De Ségou mixed their national popular music with jazz for a delectable sound. Lead by trumpeter Amadou Bâ their percussion heavy yet quite lyrical pieces are featured on the intriguing album Afro Jazz Du Mali. The record also features vocalist Mamadou Doumbia who went on to have a solo career in many other genres.

Further south, in the republic of Cameroon, saxophonist and vocalist Manu Dibango made popular music history with his song "Soul Makossa." Released in 1972 on the album of the same name, Dibango's hit is considered an early disco gem. His hypnotic chanting, electrified backdrop and fluid saxophone created an engaging and energetic tune that remains fresh after more than four decades. As the rest of the album demonstrates Dibango is not a mere pop act. He fuses his native styles with jazz and funk and also is an creative instrumentalist.

Jazz also infiltrated the ancient living civilizations of the Horn of Africa. Ethiopian vibraphonist and pianist Mulatu Astatke created a uniquely captivating and haunting musical style by mixing traditions of his homeland with jazzy spontaneity. The result he called EthioJazz. His early work has been collected on the Éthiopiques 4: Ethio Jazz & Musique Instrumentale 1969-1974. Hugely successful both within and outside Ethiopia Astatke regained the attention of the mainstream media after seven of his songs were featured on the soundtrack of Jim Jarmush's 2005 film "Broken Flowers."

Moving further north to a civilization of equal longevity, Egypt had its flirtation with jazz. Cairo, long a center of Arab and Middle Eastern cultural renaissance, had a handful of jazz ensembles of various sizes from the 1960s to the 1980s. Drummer Salah Raghab an admirer of the legendary bandleader and pianist Sun Ra led most of those groups and recorded a handful of sessions that embraced Sun Ra style experimentations and laced them with classical Arabic music. A former Army musician, Raghab was able to play and record with Sun Ra and his Arkestra when the latter visited Cairo in 1983 and 1984. The resulting three tracks, together with four others, cut between 1971-1974 by Raghab's many formations, were released on a single album by the Golden Years label. Sun Ra Arkestra Meets Salah Ragab in Egypt makes for intriguing listening that makes up for its occasional creative shortcomings with its bold and exuberant spirit.

Another North African country, Tunisia, has its share of jazz influenced improvisers, the most unique of whom is oud player Anouar Brahim. A prolific artist on the ECM label, his 1990 debut for the imprint, Barzakh, remains his most accomplished in the successful fusion of jazz with his native folk traditions. The sparse setting of solo oud with an occasional accompaniment from violinist Béchir Selmi and percussionist Lassad Hosni makes for a haunting and stimulating listening experience.

More than any country on the continent South Africa embraced jazz with a passion. The late 1950s and early 1960s saw the development of a subgenre called Township Bop. Living under the brutal apartheid regime the, mostly black, musicians who created the style gravitated towards jazz because of the freedom expression inherent within it. The most prominent of these formations was Blue Notes. Comprised of such ingenious artists as drummer Louis Moholo-Moholo, bassist Johnny Dyani, pianist Chris McGregor and trumpeter Mongezi Feza among others, the ensemble's early recordings are compiled on the superb CD Township Bop on the English Proper label.

Although The Blue Notes was the most famous and most provocative of the country's bands, it was not the first. The Jazz Epistles also recorded music mixing American jazz with native sounds and preceded The Blue Notes by a few years. The Jazz Epistles nowadays is known for the role it played in the formative years of two legendary musicians who took slightly divergent paths; trumpeter Hugh Masekela and pianist Abdullah Ibrahim. The sextet's music, as heard on Jazz In Africa: Vol. 1: Jazz Epistles, though is worth exploring as it is fresh after decades and filled with a potent mix of joy and melancholy.

Majority of the members of the above two groups left for Europe and the US as did many South African musicians. Among those who remained saxophonist Winston Mankunku Ngozi is one of the most accomplished and best known. His 1968 award winning Yakhal' Inkomo is a powerful and innovative musical statement that, alas, remains out of print.