He was born in Retreat, Western Cape, in 1943, the first child in a musical family. He played piano at the age of seven, and later clarinet and trumpet. In his mid-teens he learned the alto and tenor saxophone. He cites John Coltrane, local saxophonist "Cups & Saucers", pianist Merton Barrow, as well as bassist Midge Pike as major influences. Mankunku chose to remain in his native Cape Town during apartheid. This meant that he was subjected to the Separate Amenities Act and similar apartheid legislation. A classic tale tells of his performance with an all-white big band in the Cape Town City Hall in 1964, where, because a mixed-race band was unlawful, he was forced to play behind a curtain so as to remain out of sight. In 1968 he recorded the famous blockbuster "Yakhal' Inkomo", with Early Mabuza, Agrippa Magwaza and Lionel Pillay

Those Who Remained Behind, Part 1

Many Jazz artists leave South Africa for exile in the 1960s and 1970s, but many remain behind, facing horrifying working conditions and oppression. In these two episodes, we'll explore their music and their efforts to resist apartheid within South Africa. Playlist Chris McGregor and the Castle Lager Big Band “Now" from Jazz/The African Sound ...

Dan Shout: In With a Shout

While it might be a cliché to say it, one can expect the unexpected when listening to the music of Dan Shout. An exceptional saxophonist and composer, the Cape Town-based artist has also built a sterling track record of creating highly distinctive and exciting albums. While he initially made a splash in 2012 with ...

Even the most cursory listen to South African music yields an embarrassment of riches in the realm of guitar talents. Indeed, throughout the country's musical history innovative figures have forged a near universe of unique approaches to the instrument, fusing the many musical traditions of Southern Africa with popular styles into a staggering array ...

One episode was not enough, so we needed more time to cover the South African scene. This week we look back at an earlier phase of the history of jazz in South Africa, focusing on some foundational bands and musicians, and the musicians they inspired both in South African and elsewhere. Playlist Ben Allison ... 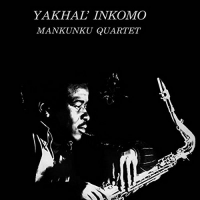 Though it has not received the level of press attention it warrants, South Africa's Jazz scene of the past decade has experienced an astonishing flourishing of artistry and development. While the scene lost some of its titans like Zim Ngqawana, Winston Mankunku Ngozi, and Bheki Mseleku, it has also found new paths through the efforts of ...