Home » Jazz Articles » Jazz and the Meaning of Life 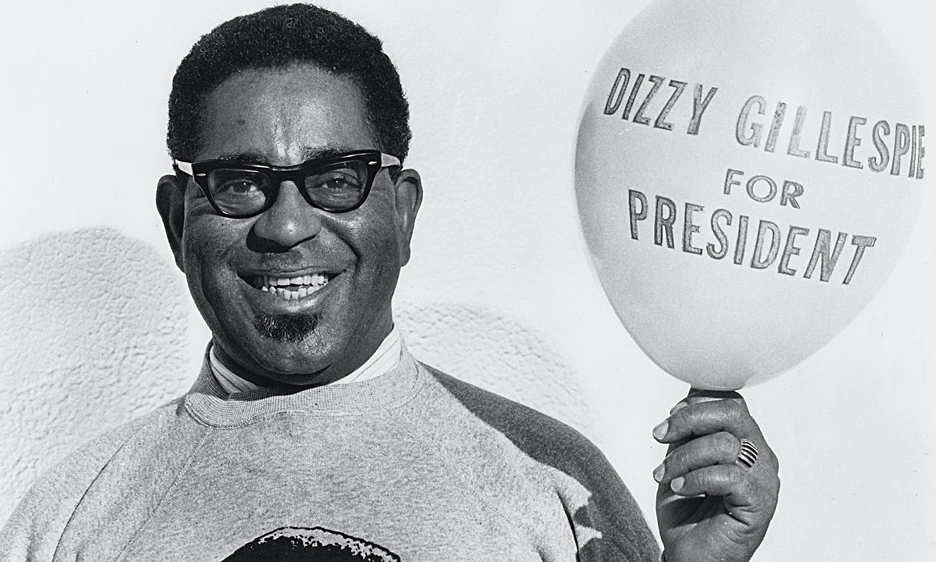 By Douglas Groothuis
December 16, 2019
Sign in to view read count

I find jazz meaningful and delightful for a happy riot of reasons: its grand tradition and respect for standards, its uniquely American (but also global) identity, its breaking of color barriers, its persistence through changing musical fashions (jazz will never die), its courageous freedom within beautiful forms, and more. Therefore, I was fascinated to find that the prolific literary critic and philosopher Terry Eagleton likens the meaning of life to a jazz performance. That sounds promising!

In his book The Meaning of Life, Eagleton sensitively describes the performance of "a good jazz group." It is worth quoting at length.

The free expression of each member [acts] as the basis for the free expression of the others. As each player grows more musically eloquent, the others draw inspiration from this and are spurred to greater heights. There is no conflict here between freedom and "the good of the whole," yet the image is the reverse of totalitarian... There is self-realization, but only through a loss of self in the music as a whole. There is achievement, but it is not the question of self-aggrandizing success. Instead, the achievement—the music itself—acts as a medium of relationship among the performers. There is pleasure to be reaped from this artistry, and—since there is a free fulfilment or realization of powers—there is also happiness in the sense of flourishing. Because this flourishing is reciprocal, we can even speak, remotely and analogically, of a kind of love. One could do worse, sure, than propose such a situation as the meaning of life—both in the sense that it is what makes life meaningful, and—more controversially—in the sense that when we act in this way, we realize our natures at their finest.

So far, so good—but not for long. After this rhapsodic description—with which I completely agree—Eagleton negates it all by wiping away the whole horizon of meaning with his philosophy of life. After saying that jazz is not itself the meaning of life—and I again agree with him—he says, "What we need is a form of life which is completely pointless, just as the jazz performance is pointless." In a dizzying turnaround, Eagleton writes that since the jazz performance is "a delight in itself," it need not serve "a utilitarian purpose" or require "a justification beyond itself." He then metaphysically extrapolates that in "this sense, the meaning of life is interestingly close to meaninglessness."

A stellar jazz performance is "a delight in itself." It can be experienced as delightful without reflection on the larger perennial philosophical questions of whether history has meaning or whether there is an afterlife. The environs of aesthetic excellence concentrate our attention on the playing of the music or the words of the poem, since they stand out so vividly in relation to all that is not superlative.

Eagleton errs egregiously, though, in claiming that the performance is pointless or meaningless. Each musician has a point in playing with the others: to make good music as opposed to bad music. If the drummer took a solo in the middle of the head of the piece, he would miss the point of the music. The meaning would be trashed. If the trumpet player played in the wrong key, he would miss the point of the music. If any or all of the musicians played in order to upset or harm their audience, they would lose the point of a performance of a piece of music, which is to entertain an audience. Jazz as an art form has a point. In fact, it has many points: it honors the tradition of the music, it respect the jazz standards, and it requires improvisation within a group form. But, we may go deeper.

Jazz is performed by creatures who are unique in the land of the living, unique in their species (to use a cold biological term), and unique in their individual personalities. Humans alone, from the beginning, have consciously made art and cannot live without it. A bird call differs from Bird's call to Dizzy Gillespie as they trade chops in bebop. In their high-octane, high-wire performances, Bird (Charlie Parker) and Dizzy Gillespie, both virtuosos, were unique in their style and personalities. People stamp their unrepeatable individuality on the cosmos more deeply than any other member of any other species. That human touch is meaningful, not meaningless. The point is to bring something meaningful into the world.

What if we adopt "a form of life that is completely pointless," as Eagleton advises? As an atheist, Eagleton cannot ascribe any divinely given and objective purpose, meaning, value, or point to the cosmos, humanity, or any particular person. As fellow atheistic philosopher Bertrand Russell once put it in a debate with a Christian, "The universe is just there." If so, there is no author of the story, no music of the spheres, no "Lord of the star fields, ancient of days" (in singer/songwriter Bruce Cockburn's words). As Shakespeare's Macbeth says, "Life's but a walking shadow, a poor player that struts and frets his hour upon the stage, and then is heard no more: it is a tale told by an idiot, full of sound and fury, signifying nothing."

Professor Eagleton cannot have it both ways. Either jazz has meaning because life as a whole has meaning, or jazz has no meaning if life as a whole has no meaning. It does not take a jazz concert to tell us that life has meaning. When we are overwhelmed by gratitude at the birth of a child or the beauty of a sunset, when we are outraged over the abuse of children or animals, when we want truth and justice to prevail, when we deeply yearn for a world beyond our broken world, we at least tacitly assume that the cosmos is not on its own and that it has purpose, value, and meaning. Then we take in a stellar jazz performance, with all the qualities that Eagleton explains, and it is a good time to drink it all in and thank the Giver for the gift. 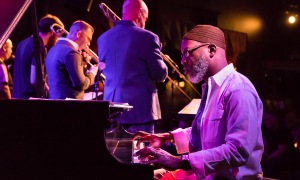