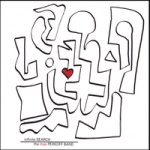 In January 2007 Max Perkoff heralded a change by dropping the words "jazz ensemble and replacing them with "band for his group. The idea behind it was to free them from categorization and to bring in greater freedom. The Max Perkoff Band features Perkoff on trombone and piano, Randy Vincent on guitar, Sam Bevan on bass, and Paul van Wageningen on drums. Singer Cami Thompson, the sixth element, showcases her talent on one track here.

The Max Perkoff Band is a tight outfit. They lean into each other, read emotion and movement, and come up with a cohesive musicality that evolves in several styles. At the outset they find their reckoning in a bop beat in "New Life. Perkoff brings his warm tone on the trombone, changing the pulse from a quick friskiness into a hardier testament. Vincent is the one who gets to pick up the thread from Perkoff and he brings in a rich lore of ideas, urged on by Bevan and van Wageningen. The tune is enough to make one salivate for more and the band does not disappoint. Thompson fills "Waiting with a yearning that magnifies the lyric and as her voice soars, dives, and floats on gossamer—wings capturing every little nuance. Bevan adds the soft shade with the brushes while Perkoff shows his lyrical side on the piano as well, his notes flowing with gentle, rippling passion.

Perkoff takes different tangents on tributes to Martin Luther King, Rosa Parks and Billie Holiday. "Blues For Dr. King has a buoyant undercurrent, "Flowers For Rosa is a lilting tune with Perkoff on piano and "Memories of Lady Day is a blues ballad, a show stopper that captures the bittersweet life of Holiday.

Perkoff and his band may have gone on an infinite search at the outset, but on this recording, they've found and delivered a rich work of music.