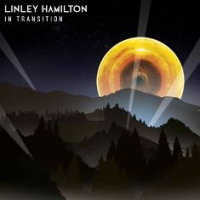 The title of trumpeter Linley Hamilton's second release for Northern Irish label Lyte Records tells a tale; in the three years since Taylor Made (Lyte Records, 2011) Hamilton has dug deep into the essence of his playing, refining his compositional approach and instilling a greater economy of notes in his playing. His is a discipline that owes more to the modern European tradition exemplified by Till Bronner and Mathias Eick than the beboppers that first inspired Hamilton on his journey. The result then is less technical dazzle and greater emphasis on melody and the honing of a sound— not only his personal sound, but that of the excellent band that he has molded.

Bassist Damian Evans has replaced Dan Bodwell but pianist Johnny Taylor and drummer Dominic Mullan remain from Taylor Made. Taylor contributes two handsome originals and comps throughout with his customary élan. His blue-toned ballad "Song for Pav"—surely the only song in the jazz songbook dedicated to a budgie—shimmers with collective lyricism. "Origin" glides from an elegiac piano intro through a plaintive motif- -stated in unison by Hamilton and guitarist Julien Colarossi—to arrive in more robust quintet terrain. Colarossi has brought new harmonic and rhythmic depth plus frontline bite to Hamilton's band and his main solo here is measured, lyrical and nicely understated. Hamilton responds in kind before revisiting the head, with Colarossi shadowing.

Those familiar with Hamilton's Belfast residency gigs in McHughes and Bert's Jazz Bar will know just what an exciting, technically impressive soloist the trumpeter is, but it's Hamilton's interpretive finesse that's mostly to the fore. A tender rendition of Rufus Wainright's "Dinner at 8" with an aching Nick Drake-esque piano intro, and a lilting take on Abdullah Ibrahim's "Joan- Capetown Flower" that's infused with faint gospel blues highlight Hamilton's emotive possession of a good melody. The leader's sparse yet seductive "Dusk" sees Hamilton's striking melody bookend short, motivic links from piano to guitar, and finally, with the quintet gathering wind in its sails, to trumpet.

Australian trumpeter Paul Williamson's aptly titled "Anthem" pitches Hamilton and Colarossi together on the mellifluous head before each solos in turn. At the official album launch at the Brilliant Corners festival in Belfast the quintet energy on this track made it a set highlight; to be sure, Hamilton's quintet on stage packs some punch and if there's one minor criticism of In Transition it's that it's perhaps slightly unwavering in mood. That said, the quintet skips along on the Rodgers and Hart chestnut "I Didn't Know What Time it Was"; Evans walking bass and Mullan's insistent cymbal work are at the heart of this breezy interpretation, with Hamilton and Taylor stealing the thunder with tasteful, bluesy solos in the hard bop tradition.

If In Transition is Hamilton finding his way, then this impressive, melodically beautiful recording holds a mountain of promise for those still to come. Hopefully, he can keep this fine quintet together and build on the firmly laid foundations. There's enough quality in Hamilton's group to suggest that Ireland may be too small to contain it.

Dinner at 8; Anthem; Joan-Capetown Flower; Dusk; Song for Pav; I Didn’t Know What Time it Was; Origin.