BY FRIEDRICH KUNZMANN
December 27, 2017
Sign in to view read count 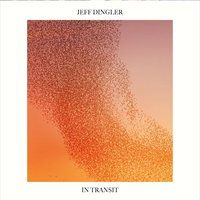 Living and working between the African and North American continent, bassist Jeff Dingler combines the influences of the two essentially different musical cultures on his sophomore effort, appropriately entitled In Transit, creating a most fluent fusion of Ethio-Jazz in a Bebop context. The musicians enhancing and realizing his musical vision are drummer Gusten Rudolph, pianist Lou Rainone and guitarist Brad Shepik, who himself experiments much in fusing world-music and jazz—just recently apparent on his latest project Human Activity Suite, which seeks to score various continental cultures.

Ethiopian influences, present at all time, become especially prominent on opening "Bati Celebration." As the title suggests, the music at hand diffuses celebratory vibrations, deriving from the highly percussive drum work and hooks of pentatonic nature, composed in call and response fashion. Shepik uses the material presented in said chorus construction and builds upon it in a flourishing bop-guitar solo.

Pentatonic development reappears in the course of the eight charts, yet the main African touch is provided by the constant highly percussive drum work. Gusten Rudolph displays much virtuosity by playing moderate yet highly effective drum patterns, electrifyingly accompanying Dingler's tight bass lines and Shepik's clean yet crunchy scale-runs, leading to the flawless merger of musical cultures that is In Transit. Compositions such as swinging "Merkato Navigation" or the slow jam "Tiptoe" represent the more classic bebop approach on this record, leaving guitar and piano space for more typical soloing at high speed—Dingler adding a poignant and highly melodic solo on the latter as well.

Though clearly an African flavored collection of compositions, one is not confronted with the same level of folkloric elements as compared to recent oeuvres of similar nature—last year's super group recording Aziza or Rez Abbasi and Rudresh Mahanthappa's latest outings being among those significant releases. Rather than creating a pure blend of styles over the entire approach, many of Dingler's compositions build upon a bebop core that experiences world-music infused variations through percussive ornamenting. While the result might seem less exotic and challenging, it comes all the more natural due to the contagious easiness and comfort, that can only stem from a quartet of great chemistry—which is clearly the case here.