BY ROGER FARBEY
September 18, 2018
Sign in to view read count 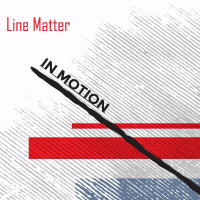 The hauntingly memorable melody to "Into The Woods," one of five tracks on In Motion written by Jonathan Moore, is enhanced by the guitarist's subtle yet assured technique which recalls the likes of Bill Frisell and Pat Metheny. Moore's opening salvo is hotly pursued by Francesco Acanfora, adding a confident tenor solo.

Whilst the second and third tracks, respectively, "Walking In Circles" and Sebastien Jego's composition "Fanny" are both gently lyrical, there's a palpable sea-change in mood with bassist Anthony Pell's swinging "Ollie," with its snappy head. Ancanfora contributes lively tenor and Moore is obviously at home on this brisker number. Pell, in Jaco Pastorius mode, solos imaginatively.

The title track opens at a moderately slow speed, benefitting from a soulful tenor solo, but three minutes in, the pace noticeably picks-up, and Moore, soloing energetically before the tune, in neat symmetry, slows down once more. On "Each One A Secret" Moore's bell-clear guitar tone and measured approach appear to channel maestro John Scofield. There's an equally thoughtful bass solo from Pell here too. "Inner Life" is underpinned by a robust bass vamp that propels the number along. This Melbourne-based quartet has succeeded in executing a palpably excellent debut album which rewards repeated plays.

Into The Woods; Walking In Circles; Fanny; Ollie; In Motion; Each One A Secret; Let Me Tell You; Inner Life.