By Glenn Astarita
October 9, 2009
Sign in to view read count 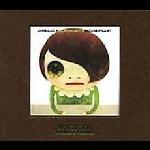 Stylistically, revered progressive-jazz drummer Jim Black's Houseplant might not signify a radical departure from his four previous albums for the Winter & Winter record label, spanning 2000-2006. However, Black's substantial imprint on jazz—and here, jazz-rock—offers a mark of distinction due to his quirky, and sly manner of filling in the blanks from behind the kit. And true to form, he punches out some torrid backbeats throughout this sprightly session, featuring his longtime musical group, Alas No Axis.

Tenor saxophonist Chris Speed occasionally takes the edge off during these largely, thrusting straight-four works, where the literal implications of hybrid jazz-rock underscore the sequence of events. Guitarist Hilmar Jensson's polytonal textures come to light with his sometimes, jangling chord voicings and sweeping rock-based progressions. The program is spotted with climactic motifs, but Black's comps are also designed with catchy riffs and memorable melodies. Yet the band executes a crash-and-burn groove via Jensson's acid-rock lines and Speed's off-kilter excursions on "Malomice."

The musicians intermittently temper the intensity level with introspective phrasings and movements, evidenced on "Elight, for example." And they render warm overtones amid Jensson's twangy phrasings in concert with the drummer's nappy pulse during "Lowers In A Nine Sense." Nonetheless, Black is the accelerator, along with bassist Skuli Sverrisson's limber and pumping attack. Once again, the leader and his comrades uncannily merge a cheery vibe with modern jazz improvisation and hardcore rock parameters that nicely blend into one neatly wrapped package.