By HRAYR ATTARIAN
December 6, 2014
Sign in to view read count 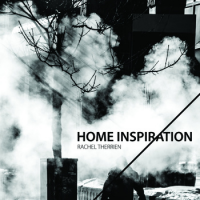 Canadian trumpeter Rachel Therrien's second release as a leader Home Inspiration, clearly establishes the Montreal native, even at this early stage of her career, as an accomplished composer and improviser. She contributes six of the ten originals on this cinematically inspired album, all of which have intricately constructed and memorable thematic frameworks.

There is plenty of room for individual impromptu expression within each tune. The funk- infused "Paradis" for instance features pianist and keyboarist Charles Trudel who lays down a soulful groove and creates a dramatic ethereal atmosphere. Therrien's meandering yet logical improvisation embellishes the main motif and elaborates on it with nimble brilliance. Drummer Alain Bourgeois concludes the track with a passionate solo filled with thrilling unpredictability and elegant discipline.

Therrien demonstrates her shimmering, lyricism on the Latin-esque "La Soledad." Reminiscent of soundtracks of Westerns, the impressionistic composition showcases Deschamps' adroitness as an instrumentalist as he extemporizes with a raconteur's with and eloquence.

On Deschamps' own "Parallèle" (an alternate take of which is also included) Therrien's mellow, bittersweet tone expands in an inventive soliloquy over splashes over Trudel's chiming, dynamic keys. Bassist Simon Page maintains the mysterious mood with his agile and darkly hued reverberations as he takes his turn in the spotlight.

The close camaraderie among the members of the quintet is evident throughout but nowhere as exquisitely as on Trudel's "Thelxinoe." This intimate and melancholic duet between him and Therrien brims with poetry as his acoustic piano lines cascade gracefully around her tender articulate horn.

This stylish and captivating record is satisfyingly inventive and quite enjoyable. It is a vibrant slice of modern, creative music that possesses a wide appeal because of its simultaneous accessibility and artistic integrity.