By Chris Mosey
December 3, 2013
Sign in to view read count 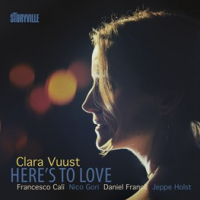 Denmark's Clara Vuust has a voice as clean and clear as the "ping" you get when you flick your fingernail against a piece of Scandinavian crystal glassware." She uses it to come up with a quite stunning debut album.

Hitherto she was known in her homeland only as the sister of saxophonist Christian Vuust and for an educational show for children aged 2-6 called Jazzkatten På Tur (The Jazz Cat On Tour).

Her metamorphosis to major league jazz vocalist seems to have come about largely as a result of her marriage to Sicilian pianist/arranger Francesco Cali.

She has also been inspired by Cali's mother, Cara Anna Maria. Vuust describes her as "a seamstress at night, a cook during the day, a mother and a grandmother and last, but not least, a great singer." Sadly, Cara Anna Maria died shortly before this album was recorded. It is dedicated to her memory.

Vuust opens with a fine version of the bitter/sweet "I Don't Care," written for Cabaret but dropped from the original production and not reinstated until the 1990s.

In a duo with Cali, she wisely resists the temptation to over- dramatize Arnie Butler's modern standard, "Here's To Life," the title song in all but two letters, to produce a wonderfully stark understatement. It vies with Shirley Horn's otherwise classic interpretation and is far more palatable than Joe Williams' sub-Ray Charles tearjerker that Vuust names as her own particular favorite.

She uses the Barbra Streisand version of "Once Upon A Summertime," which interestingly contains a verse in French from Michel Legrand's original song from 1956, "La Valse Des Lilas."

There are two other standards, "Time After Time," by Sammy Cahn and Julie Styne and Charlie Chaplin's saccharine "Smile." Three Cali/Vuust originals, "Sicilian Love Song," "Evening" and "It's Happening Again" hold their own in such exalted company and the two bossa novas allow Vuust to display her linguistic talents by singing in Portuguese.

Sometimes she could do with a tad more expression in her voice, occasionally Nico Gori's clarinet gets just a mite too flowery and Flemming Agerskov fluffs a few notes of his trumpet solo on "It's Happening Again." But these are minor complaints about what is otherwise an excellent—and warmly recommended—album. 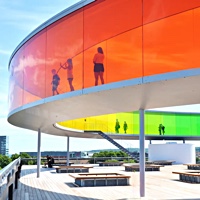