Hall & Oates at the Beacon Theater 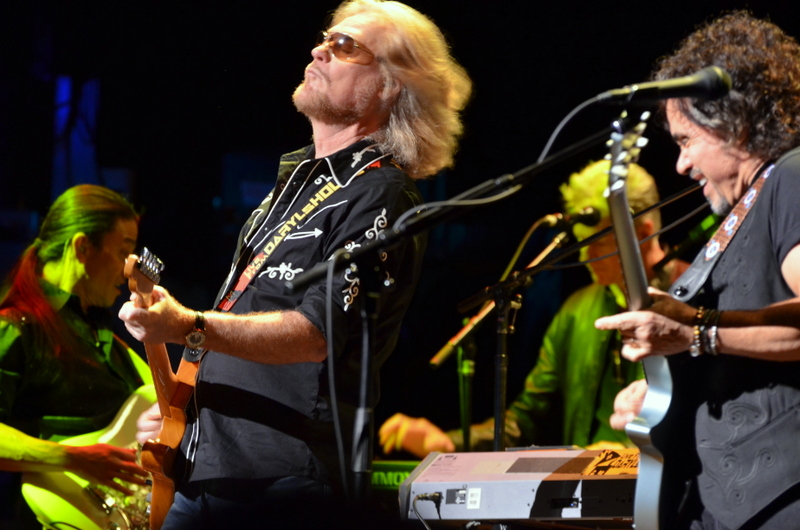 Daryl Hall and John Oates are one of the most successful duos in rock history. They have achieved six Number 1 Billboard hits ("Rich Girl," "Kiss On My List," "Maneater," "Out of Touch, "Private Eyes" and "I Can't Go For That (No Can Do)." Additionally, they have charted many other songs in the Top 40 as well as numerous RIAA-certified gold and platinum albums..

Before a multi-generational, sold out crowd of fans at New York City's historic Beacon Theater, Hall & Oates performed fourteen fantastic songs that touched on virtually every aspect of their forty plus year career, blending their signature Philly soul harmonies with pop, rock, funk and blues riffs, plus a hint of a gospel as well as some dance beats.

As the show progressed Hall (who spent the early portion of the show on guitar) bantered with the crowd, offering tidbits and insights into the songs about to be performed, and also commenting how the band was thrilled to be in New York and performing at the 'beautiful Beacon."

Oates, as always, played more of a reserved role. His guitar playing was spot-on and featured the tasty signature licks and solos that identify his guitar style. His background vocals were clear and sweet. He only sang lead once on the funky "Las Vegas Turnaround" from Abandoned Luncheonette (Atlantic Records, 1973).

The band treated the crowd in the packed-to-the-gills theater to as set of exactly what they came for—if not a set of exactly what they expected—an evening of fun. In addition to each of their Number 1 hits, the band played an eclectic mix of songs from both its Atlantic Records and RCA Records tenures. "It's A Laugh," the opening track from Along The Red Ledge (RCA Records, 1978) was received as though it was a long lost friend. Hall introduced the next song with a story, telling the crowd, "I like playing this song. We were on Atlantic Records back in the day. We left Atlantic, is what happened... we released an album called No Goodbyes (Atlantic Records, 1977). This is 'Uncanny.'" Oates introduced the next song, "Along Too Long," from 1975's RCA album Daryl Hall & John Oates, by stating that "we're going to stay in the '70s for a while. How does that sound? This is a song that we haven't played in a while. It's from the 'silver' album. You might see it soon on TV." 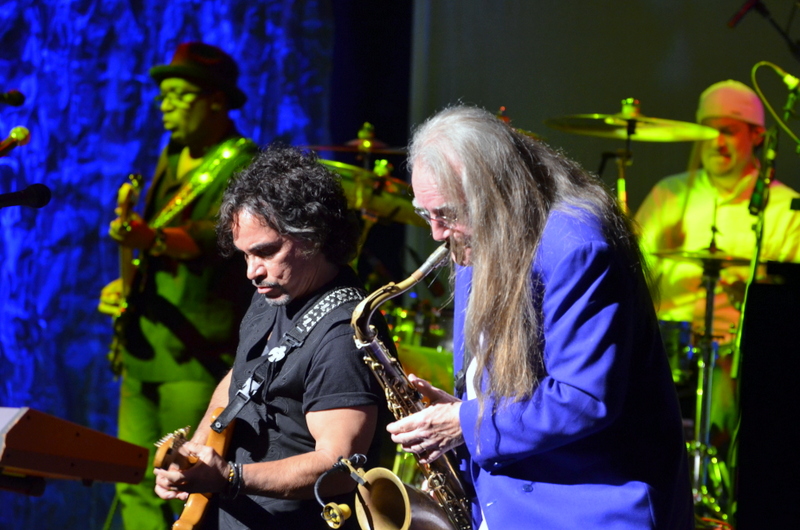 Next up were two of the duo's signature songs. Though neither reached the Number 1 spot on the Billboard Charts, both are easily identifiable as part of the Hall & Oates sound. The rhythm-and-blues flavored "She's Gone," from Abandoned Luncheonette, and the plaintive "Sara Smile," from the Daryl Hall & John Oates album, sounded fresh and vibrant. Both songs had the crowd on its feet and cheering, where they stayed and danced for the main set-ending extended funky jam version (complete with wailing sax) of "I Can't Go For That (No Can Do)," featuring Hall on keyboards and the call-and-response "no can do" lyric supplied by the audience.

After a short intermission, Hall & Oates and their band returned for an encore featuring "Rich Girl," and a fantastic sing-a-long version of "You Make My Dreams Come True." The eight musicians then came to the front of the stage took their bows and quickly exited into the wings. The crowd wasn't fooled and remained standing and cheering, knowing full well that the band would be back.

Hall stayed on keys for the second encore, which featured slightly re-arranged versions of "Kiss On My List" and "Private Eyes," with its handclapping accents. These new arrangements gave the songs a fresh sound while retaining their original core and spirit. Sadly, when the last notes faded and the band had taken its bows, the lights then came up. Though the band could easily have played "One on One," "Adult Education," "Say It Isn't So," "Family Man" and quite a few more, the audience, as evidenced by the smiles on its members faces, was obviously satiated.