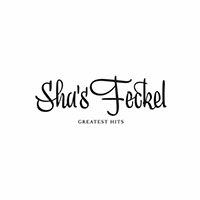 With Stoa (ECM, 2006), the world at large was introduced to Nik Bärtsch and his hypnotic, booty-shaking Zen Funk. But the Swiss pianist's rapid ascendance, thanks to the international reach and reputation of ECM Records, was only the tip of the iceberg. Not only had Bärtsch released six previous albums since 2001, on his own Ronin Rhythms Records—four with his now-longstanding Ronin, plus a solo piano record and the album that started it all, Ritual Groove Music (2001), with his early group, Mobile—but there were others who were part of regular Monday gigs at Montags in Zurich, an open-to-the-public laboratory where the pianist and his partners could hone their rigorous mélange of interlocking minimalist motifs, complex polyrhythms and carefully contained improvisation. Sha's first recording as a leader—Chessboxing Volume One (Ronin Rhythm, 2008), with his own Banryu group—was the Ronin saxophonist/bass clarinetist's own variant, with a similarly configured group (piano, reeds, bass, drums) but was, with the addition of largely wordless vocals, a more melody-centric promise of a different spoke coming from a shared axis.

Four years later, with it now a thing of the past, we'll never know what Banryu might have been, but it would not have been as head-bangingly massive or gobsmackingly different as the first moments of Greatest Hits, the debut from Sha's Feckel, its thunderous, rock-edged variant of the Bärtsch axis further distanced from Bärtsch and Ronin than any other related project to date. Closer, perhaps, to France's Magma offshoot, One Shot, and albums like Ewaaz Vader (Le Triton, 2006), if only because Feckel's aggressive tone is centered around guitarist Urs Müller, whose dense, crunching chords—heavily processed and played with fist-pumping abandon—are far removed from the pristine clarity of both Ronin and Banryu.

One Shot may provide one reference, while Feckel's occasional predilection for flattened fifths recalls King Crimson circa Red (Discipline Global Mobile), but the quartet's most dominant touchstones will come as even greater surprises. Surely capable of attractive melodies, driven by bassist Lionel Gafner and Ronin drummer Kaspar Rast—all tumult and largely relentless intensity here, as opposed to Bärtsch's clean, precise polyrhythms—Feckel's closest markers would be the nightmare-inducing music of maverick British art rock band Van der Graaf Generator and the younger Oceansize. Feckel draws, in fact, on two of the hardcore (and, sadly, now defunct) post-rockers' songs—"Build Us a Rocket Then" and "Massive Bereavement"—as grist for half of Greatest Hits' relatively brief 37-minute duration, with Sha contributing the other two compositions, the up-tempo "Knarrho" and closing "048," which feels more a part of the Ronin universe in structure and evolution, though it also features an uncharacteristically (and wonderfully) long saxophone solo that's an album high point.

What Sha's Feckel demonstrates with Greatest Hits, is that not only can the underlying foundations of Ritual Groove Music be taken much farther afield, but they can also be applied to music from external sources. Greatest Hits rocks hard, rocks loud and rocks unrelentingly; it also rocks so exhilaratingly that it'll be a crying shame if, like Banryu, it doesn't last long enough to make a second record.

Build Us a Rocket Then…; Knarrho; Massive Bereavement; 048.