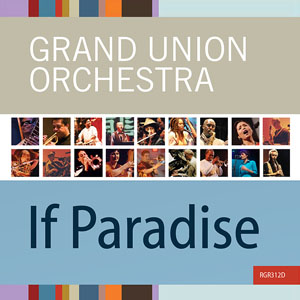 If Paradise, the biggest jewel in British composer, keyboardist and trombonist Tony Haynes' recording career to date, joins a handful of orchestral albums which have not so much crossed genre and cultural boundaries as rendered them meaningless. Off-piste singularities may exclude these discs from mainstream jazz history, but their exalted singularity make them artifacts to be treasured. Other high-carat items are pianist Joachim Kuhn and arranger Michael Gibbs's Europeana (ACT, 1995) and pianist Randy Weston's Blue Moses (CTI, 1972).

With "If Paradise," a raga-based suite in eight sections, Haynes and his 19-piece Grand Union Orchestra—formed in 1982 as a vehicle for jazz-based, cross-cultural experiment—blend the music and instruments of Bangladesh and India with the jazz tradition to extraordinary effect. Haynes' genius here, as elsewhere in his corpus of work, has been not merely to bolt colorful ethnic exoticisms onto the exterior bodywork of the jazz tradition; instead, he creates a truly syncretic blend in which, much of the time, it is impossible to say where one culture stops and another starts. Listening to it is like looking through a kaleidoscope with a headful of the finest charas.

Why, then, do Haynes and the GUO not enjoy wider currency? The jazz police have a lot to do with it. At any one time, the GUO includes a dozen or so different ethnicities and traditions, all to be heard in the music. These various legacies, compounded by Haynes' culturally inclusive arranging aesthetic, mean the band's work is so uncategorizable that it has, mostly, fallen between the cracks when it comes to media and industry attention. Not "jazz" enough for the jazz critics, despite featuring some of Britain's most charismatic players; and not "world music" enough for the post-rock writers either, despite including virtuoso players from other cultures and traditions.

If Paradise will likely confound the pigeonholers again. The suite itself, which takes up most of the 67-minute playing time, is based on two classical ragas, Aheer Bhairav and Ahiri Todi. Each has been dilated by Haynes and cross-pollinated with jazz and blues. Classical Indo-Pak time signatures morph into jazz and rock beats; Western and Eastern melodic and harmonic memes bounce off each other like particles in an atomic collider. 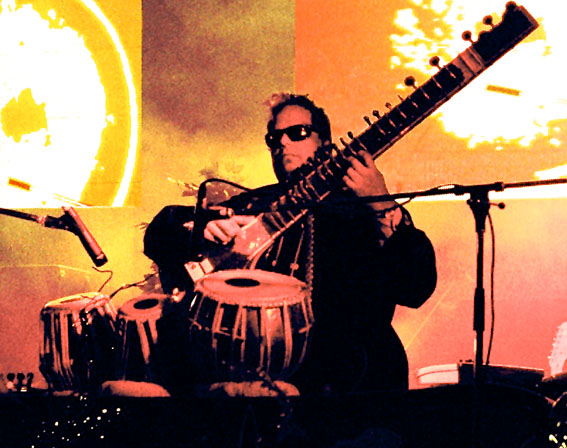 As a narrative, sung by four vocalists, the suite is rooted in the conflicts in Afghanistan and Iraq—still going strong, of course, a decade after they moved Haynes and lyricist Sara Clifford to compose the work. The libretto confronts politicians, preachers and militarists—of all stripes—who use religion stir up discord, conflict and misery. Some of the songs ("Paradise Awaits," a chilling call to martyrdom, and "Collateral Damage") are the stuff of nightmares. Others are breathtakingly beautiful.

The disc is rounded out by a 13-minute instrumental, "The Radiance Of A Thousand Suns," a showcase for Shrivastav, Todd and Jayasinha. One of Haynes' first experiments with Indian ragas, its title is taken from a report, quoting the Bhagavad Gita, given by a scientist watching the first test of the atomic bomb.

Much of Haynes' work with GUO has yet to be commercially released. "If Paradise" has only made it to disc a decade after it was commissioned (by England's Eastern Orchestral Board) and seven years after it toured the UK. Its two London performances, billed as "World Musicians United In A Journey Through Bhangra, Babylon & The Blues," were highlights of the capital's 2004 jazz calendar for the small number of people who caught them. This disc is an edited version of a live recording made by BBC Radio Three a year earlier at Leeds College of Music.

Unless you already know GUO's work, you will not, it is safe to say, have heard anything quite like If Paradise before. Prepare to be entranced.

Tracks: If Paradise: Song Of The Songs, Instrumental Interlude, The Notes Of Perfume, Paradise Awaits, The Song Of Separation, Chaeridike Aj, Collateral Damage, The Perfumes Of Paradise Blues; The Radiance Of A Thousand Suns.