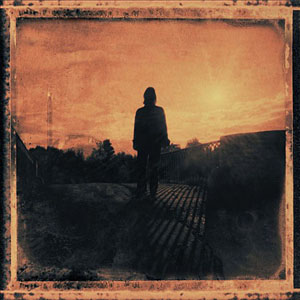 Not that he wasn't already busy when, amidst being a driving force behind No-Man, Incredible Expanding Mindfuck and Porcupine Tree, singer/multi-instrumentalist Steven Wilson released his first proper solo recording, Insurgentes (Kscope, 2009), but the past two years have been even more hectic. His outstanding work bringing the King Crimson catalogue into the 21st century with revealing new Panegyric/DGM Live stereo and surround mixes of albums including 1971's Lizard and 1981's Discipline, has led to becoming the "go-to" mix/remix guy for other progressive rock groups, including Caravan and Jethro Tull. All this, alongside work with groups like Opeth, Pendulum and Anathema makes Grace for Drowining all the more remarkable. When, exactly, does Steven Wilson sleep?

Whether or not Wilson eats, sleeps and drinks music is immaterial; what's important is that he has, amidst all this other activity, delivered the album of his career to date: a progressive masterpiece that consolidates everything he's been doing into a two-disc set, where each disc stands alone and as part of a larger, 83-minute whole. If the word "rock" is left out, that's intentional; Grace for Drowning has fingers in jazz, orchestral music and more, so to call it progressive rock would be unfairly limiting. That said, there's little doubt Wilson's Crimson experience has contributed to the album's significant inroads over Insurgentes. It's not just his recruiting jazzers like saxophonist/flautist Theo Travis—a definitive voice throughout—and a guest appearance from guitarist Mike Outram; it's small things, like the tremelo'd electric piano and mellotron on "Sectarian," or larger things like the overall structure of the sweeping, 23-minute epic, "Raider II," that harkens back to Lizard's second side—reverent, without being imitative.

There are moments of profound beauty as well. "Deform To Form A Star" may be the most flat-out beautiful song Wilson has written yet, with guest pianist, Dream Theater's Jordan Rudess matching the paradoxical nature of Wilson's dark lyrics. And while the sound of the mellotron is definitive, Wilson recognizes when the real deal is more appropriate, with ex-Hatfield and the North keyboardist Dave Stewart conducting and providing the orchestrations/arrangements on the shorter but episodic ""No Part of Me," one of two tracks to feature ex-Crim Pat Mastelotto, on acoustic and electronic drums.

Travis' flute solo on "Raider II" not only harkens back to Ian McDonald, but within Wilson's structure, actually references the end of the Crimson co-founder's solo on "Epitaph," from 1969's In the Court of the Crimson King (Panegyric/DGM Live), but his searing soprano work during the nightmare-inducing middle section of "Sectarian" clarifies he's a voice unto himself.

As with Insurgentes, Wilson contributes no less than thirteen kinds of instruments (and his guitar work has never been better), but there's a greater unity and sense of purpose driving Grace for Drowning. It's a player's record, too, holding great promise for a fall 2011 tour that, in addition to Travis, features ex-Miles Davis keyboardist Adam Holzman, and über-drummer Marco Minnemann. Regardless, Grace for Drowning is an album with the potential to stand the test of time and emerge as a true classic from an artist who, still in his mid-forties, has plenty of promise yet on which to deliver.