By JEFF DAYTON-JOHNSON
February 15, 2013
Sign in to view read count 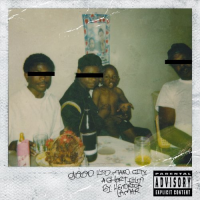 Compton rapper Kendrick Lamar's hit album good kid, m.A.A.d city is subtitled "a short film." Lamar's ambition mirrors that of saxophonist Bob Belden, who derided the narrow conceptual vision of too many musicians in a recent All About Jazz interview, saying: "Modeling music along the lines of film narrative ... should be a logical evolution of the jazz composer mindset. Sadly, we happen to be in an era of ... music that does not tell a story other than that of 'hard work becoming a musician in a practice room...'Music can inspire the imagination to create an imaginary world but it has to develop from the conceptual mind."

Indeed, the Belden-led Animation's Transparent Heart (RareNoise, 2012) shares with good kid the same primordial outline: the pilgrim's progress; the young man finding his way and maturity on the mean streets of the big city (New York, in Animation's case, Compton, in Lamar's); and a narrative gambit that goes back at least to Richard Strauss' tone poem, Ein Heldenleben (1898).

Lamar is the latest in a line of protégés of rapper and hip-hop impresario Dr. Dre (a lineage that includes Snoop Dogg and Eminem). The disc is an excellent example of Dre's paradoxical style (provided by Dre and an army of engineers and guest artists): violent tales of hurt declaimed over smooth, slow jams. The extended "Sing About Me, I'm Dying of Thirst," for example, is built attractively upon the bedrock of samples from guitarist Grant Green and soul singer Al Green.

The Kendrick-narrator, in a cinematic way, recounts his brushes with alcohol abuse (the anthemic "Swimming Pools"), errant delinquency ("The Art of Peer Pressure"), girls tragically abused, and murder. Lamar's rapping is ingenious (like lots of rappers) and takes on a variety of personas, including female characters (unlike most rappers).

A highlight of the story in Ein Heldenleben, Transparent Heart and here is the gaining of wisdom. In good kid, this happens during "Real," simultaneously up-tempo and subdued. The narrator realizes that his high living up to this point only seemed to have celebrated a love of life, "but what's love got to do with it if you don't love yourself?"

Wisdom also comes to the narrator's mother and father, whose phone messages to their son are interspersed with the musical numbers. At first, characters in a low-brow sitcom ("Where my Dominos at?"), by the end, the mother encourages her son—about to leave to record an album—to "tell your story to these black and brown kids in Compton."

"Compton," the closer, is filmic, too: the big production-number, akin to the elaborately choreographed dancing in the train station at the end of Danny Boyle's 2008 Slumdog Millionaire. Dre steps forward to rap a few verses about his own rise to fame, and all proclaim allegiance to Compton.