GoGo Penguin at Out To Lunch 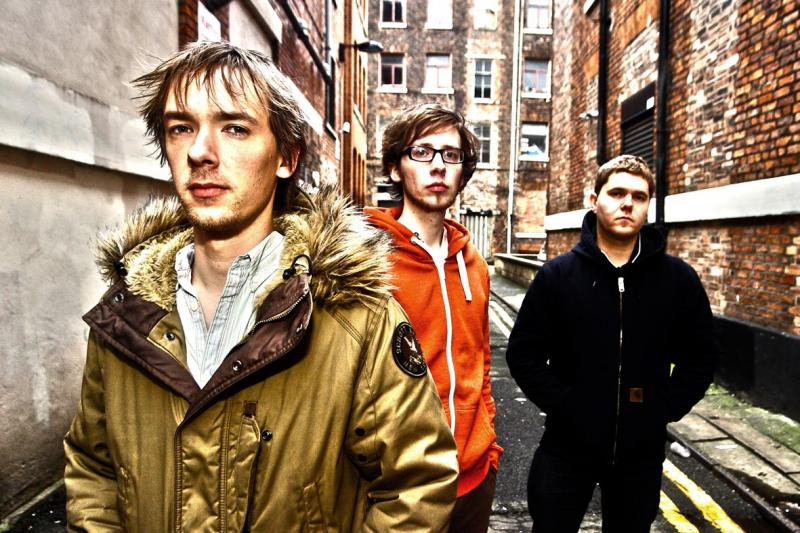 GoGo Penguin's first gig of 2018 saw the Manchester trio return to Belfast's Black Box for the Out To Lunch festival —a month-long celebration of comedy, documentaries and the broadest spectrum of music imaginable—from opera, rock and folk to West African funk, and from rockabilly and blues to punk and Irish trad. Trying to squeeze GoGo Penguin into such neat categories, however, is no easy task. The OTL programme's description of GoGo Penguin's music as "avant jazz" wasn't wrong but it was certainly short-hand for music as much influenced by electronica and dance music as jazz or anything else.

GoGo Penguin has been a regular visitor to Ireland in recent years, touring provincial venues in 2015 and playing Dublin in 2016 and 2017-the latter date to perform its original score to Godfrey Reggio's film Koyaanisqatsi (1982). This time Chris Illingworth, Nick Blacka and Rob Turner were trying out material from the forthcoming album, A Humdrum Star (Blue Note, 2018) on the Black Box's "guinea pigs," as Illingworth jokingly referred to the audience.

A certain minimalism and grandeur also inhabited GoGo Penguin's music in a set dominated by new material. Illingworth's spacious, echoing piano chords announced "Raven" and provided the leit motif against Blacka's probing bass and Turner's restless drum patterns. Reoccurring stylistic features ran through the compositions and indeed much of the new material bore the hallmarks of GoGo Penguin's past ouvre. The similarities between new track "Raven" and "Murmuration"—from V2.0 (Gondwana Records, 2014)—for example, illustrated that the trio's signature sound remains intact—melodically well defined, rhythmically intricate yet driving, atmospheric and/or anthemic. As "Murmuration" reached a crescendo, with Blacka working his strings feverishly with his arco, it was impossible not to think of Dan Berglund and E.S.T.—a not insignificant influence on the Manchester trio.

However, in the trio's rhythms there were echoes of Aphex Twin, Massive Attack and Jon Hopkins, while Illingworth, veering between deft minimalism and anthemic motifs, was more Philip Glass or Hauschka than Esbjorn Svensson. GoGo Penguin may wear its myriad influences on its sleeves but its sound is identifiably its own. The spare architecture of a haunting tune like "A Hundred Moons," the skittering rhythms and circling melodies of "Bardo" or "To Drown in You," the juxtapositions of pretty, ambient minimalism with bold indie rock aesthetics, spoke of a vital and original unified voice.

Solos were rationed, though Blacka's lyrical improvisation on the cheerily driving "Return to Text"—an oasis amid swirling piano motifs and Turner's polyrhythms—and occasional free excursions from Illingworth—notably on the equally energetic "Transient State"—were the exception rather than the norm, and all the more thrilling for it. With GoGo Penguin an ever-evolving group dynamic is the thing, typified by "Smarra," from Man Made Object, where the trio maintained high tempo and tension in tight, subtly shifting choreography.

Another new number, "Window," evoked an urgent Philip Glass soundtrack with a trip-hop template and provoked a loud ovation from the crowd. "Protest," with its infectious indie-pop melody and epic, stadium-rock feel brought the concert to an end. The enthusiastic Belfast crowd had no problem prising an encore from the trio, which obliged with the sunnily infectious "Hopopono," a relatively brief but assuredly life-affirming note on which to finish.

At close quarters the new music from A Humdrum Star deviated little from GoGo Penguin's established blueprint, which, judging by the Belfast crowd's response, was obviously welcome news. More of the same perhaps, but not at all humdrum.