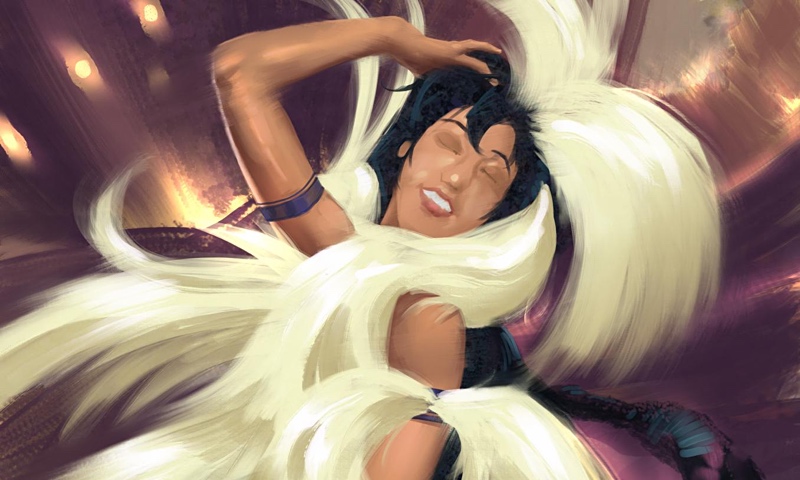 BY MARITHE VAN DER AA
November 25, 2016
Sign in to view read count
Many names have been given to the 1920s: the Roaring Twenties, the Golden Twenties, Les Années Folles and, of course, the Jazz Age. It was a decade fuelled by innovation and change; a time of movement: cars were becoming the favoured means of transportation, commercial airline flights were on the rise, social dancing was energetic and popular music was "hot." Those who are familiar with the writings of the celebrated author F. Scott Fitzgerald, will know that his work is undeniably packed with references to lyrics and lengthy interpretations of jazz songs. His relationship with jazz was, however, a complicated one, and it is often hard to pinpoint what exactly his thoughts were on the music.

In 1922, F. Scott Fitzgerald published his second collection of short stories under the title Tales of the Jazz Age. His editor, Maxwell Perkins, strongly advised him to change the title, claiming there "is an intense reaction against all jazz" and that the word, whatever implication it might have had, would itself "injure the book." It is important to understand that, in the early twenties, jazz still had a rather negative connotation, and was often linked to the hedonism, decadent parties and excessive drinking of the rebellious youth. This connotation clearly did not bother Fitzgerald, as he wrote back to Perkins explaining it was impossible to find a wonderful selling title unrelated to jazz. As an avid analyst of the effects of popular culture on American lives, Fitzgerald advocated a society where high-and lowbrow could fuse together rather than oppose each other, a view that undoubtedly shines through in both his novels and short stories.

The Jazz Age: a curious word choice to say the least. Upon publishing his book, Fitzgerald was the first to introduce and popularize the very term that would later be so widely associated with the twenties. Fitzgerald may have intended it as a humorous reference to terms such as the Stone Age or the Iron Age, in which case his subtle social critique already comes to light. Whilst other historical ages extended over numerous centuries, the technological evolution of the Jazz Age progressed so rapidly, that it was squeezed into a single decade. Equally interesting is the shift from the tangible substance that defines the age, such as stone or iron, to the ungraspable and immaterial phenomenon of jazz. In jazz, Fitzgerald saw an ultimate expression of his time; its rhythmical energy and vitality representing both primitivity and hypermodernity. Jazz saturated all aspects of life, becoming a whole lifestyle in itself rather than just a music genre. One could go so far as to consider it the expressive causality of its time, an Althusserian concept that describes the effect of a whole on its parts, in which the latter (jazz) is an expression of the former (the Jazz Age), a reflection of its very essence.

Though jazz is omnipresent in Fitzgerald's writings, the most striking passage on the music can be found in his manuscript of The Great Gatsby, his third and arguably most famous novel. The following extract describes the narrator's account of an orchestral jazz performance at the first Gatsby party he attends.

"I was curiously moved and the third part of the thing was full of an even stronger emotion. (...) There would be a series of interruptive notes that seemed to fall together accidentally and coloured everything that came after them until before you knew it they became the theme and new discords were opposed to it outside. But what struck me particularly was that just as you'd get used to the new discord business there'd be one of the old themes rung in this time as a discord until you'd get a ghastly sense that it was all a cycle after all, purposeless and sardonic until you wanted to get up and walk out of the garden. It never stopped-after they had finished playing that movement it went on and on in everybody's head until the next one started. Whenever I think of that summer I can hear it yet."

Though the described jazz performance initially seems to shock and confuse the narrator, it does not overpower his obvious curiosity towards it. In fact, his inability to understand the music sparks his interest in such a way, that he continuously attempts to analyse it despite his frustrations. What seems to unsettle him most, is how the return of previously familiar elements become discords of their own; in this case, recognition of these familiar motifs or melodies does not offer any comfort, but instead disorientates the listener even further. It is safe to assume that this particular passage largely reflects Fitzgerald's own perception of jazz music, which in its turn is a surprisingly accurate one. As Fitzgerald suggests in this excerpt, jazz often aims to detach familiar elements from their familiarity. The mere phenomenon of improvisation in jazz music supports this claim, as the jazz musician generally makes use of the familiar chord changes of a tune to build something unfamiliar (the improvisation) on. The aesthetics of jazz, as the contemporary critic Ted Gioia explains, can almost be described as a certain "non-aesthetics," or as Thelonious Monk would put it: an "Ugly Beauty."

As the new decade arrived, Fitzgerald's thoughts on jazz took a turn for the worse. In 1931, he published an essay titled Echoes of the Jazz Age, in which he looks back upon the twenties with an equal amount of nostalgia and disgust. In this essay, Fitzgerald questions the value of jazz music, explaining that "the word jazz in its progress toward respectability has meant first sex, then dancing, then music." Indeed, Fitzgerald makes little effort to hide his disapproval of the "lack of taste" that had characterized his generation. He goes on to describe race records as "bootleg Negro records with phallic euphemisms" that "made everything suggestive," and criticized the arrogant nonchalance that they inspired. Similarly, his references to jazz music in his later short stories were no longer romanticized, but rather used to symbolize a character's negative traits, such as naivety or irresponsibility. Though Fitzgerald did not exactly consider jazz the cause of all the moral decay that had taken place during the Jazz Age, he did see it as an unfavourable side-effect of a depraved society.

Fitzgerald's newly formed opinions on jazz were clearly prompted by the Wall Street Crash in 1929 and the Great Depression that followed. It goes without saying, that the economic crisis of the thirties had an immense impact on Fitzgerald's views of the past decade and the popular culture that came with it. Though his soured standpoint is somewhat understandable, Fitzgerald is partially responsible for a common misconception about the twenties, more specifically, the notion that the majority of the Jazz generation took on a decadent and luxurious lifestyle. This is by all means false. While a small minority was enjoying the economic prosperity and cultural freedom of the twenties, a whopping 42 %* of American families did not even see their basic necessities met. Fitzgerald was either oblivious or impartial to this 42 %, as he spent his time exclusively writing about the upper and upper-middle classes. Subsequently, his belief that jazz was the musical expression of their excessive and decadent lifestyle, is uneducated at best.

F. Scott Fitzgerald never claimed to be a jazz authority. Nonetheless, some of his misinterpretations deserve to be set straight. Perhaps we can forgive Fitzgerald's shortcomings, as he did bestow an outstanding literary legacy upon us. After all, who doesn't love This Side Of Paradise?