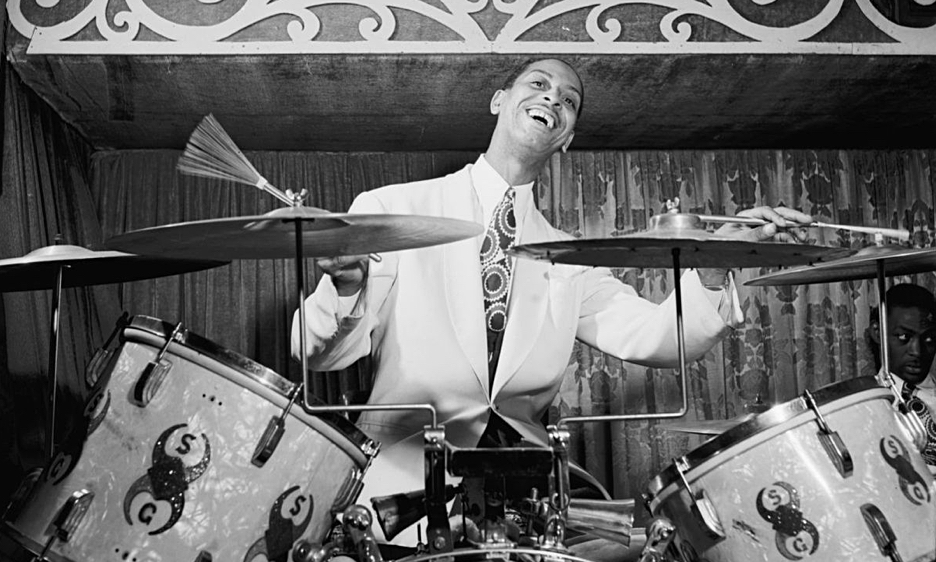 By KURT ELLENBERGER
February 24, 2021
Sign in to view read count

Jazz training—in particular, learning to play be-bop—provides a comprehensive education in all aspects of applied musicianship. Be-bop is uniquely endowed with this ability because it is the most technically challenging and internally coherent style in jazz; as such, it requires near virtuoso instrumental skills, as well as a deep understanding of music theory.

Part 4: Jazz in the Trenches

In my previous articles, I detailed the enormous influence that jazz musicians have had on popular music since the 1960s. This may, early on, have been a matter of survival; as the popularity of jazz waned, so did the income potential, as detailed in Marc Meyers' noteworthy recent addition to the social history of jazz, Why Jazz Happened.

Since that time, the popular culture has become the dominant cultural force in the United States, to the extent that popular music, as a primary facet of popular culture, has influenced the music industry, for better or worse, in myriad ways. Critics of popular culture from Adorno on have been concerned about its tendency to crowd out all elements of high culture—they view it almost as an invasive species that swarms into the unguarded cultural environment, consuming all of the resources, leaving nothing for the indigenous species, who eventually whither and die. Terry Teachout (arts critic, Wall Street Journal) opines that ..."it used to be that we didn't take popular culture seriously, but now we don't take anything else seriously..."  while the preeminent philosopher of aesthetics, Roger Scruton, says it more forcefully (with a nod to Karl Marx and Theodor Adorno in the last sentence!):

In almost every public place today the ears are assailed by the sound of pop music. In shopping malls, public houses, restaurants, hotels and elevators the ambient sound is not human conversation but the music disgorged into the air by speakers—usually invisible and inaccessible speakers that cannot be punished for their impertinence. Some places brand themselves with their own signature sound—folk, jazz or excerpts from the Broadway musicals. For the most part, however, the prevailing music is of an astounding banality—it is there in order not to be really there. It is a background to the business of consuming things, a surrounding nothingness on which we scribble the graffiti of our desires.

While one may not agree entirely with this heated rhetoric, it is hard to deny that popular music, to quote Shakespeare, "bestrides the culture like a Colossus... we petty men walk under [its] huge legs and peep about." Pop music and its accompanying aesthetic predilections are now found everywhere in our culture, and that includes virtually all of the other styles of music.

In classical music, elements of popular music are found prominently in the minimalist and post-minimalist styles that utilize its aggressive and repetitive rhythmic figures and its almost entirely modal harmonic language. This style is quite popular with high school and college music students because it embodies the affectations of the music they listen to, and it has, like pop music, a very limited harmonic vocabulary which makes it possible for students to "compose" successfully and easily. Pop music is also found frequently in the modern concert program of symphonies across the country—they accompany cover bands playing "Music of the Beatles" and other popular music icons, they perform video game music, and they perform movie soundtracks, to name a few. Pop is also prominent in musical theatre, which has warmly embraced the pop music of the last 60 years and adapted it very successfully to the Broadway stage. Similarly, Film music relies heavily on pop music of various kinds, from minimalist to symphonic rock. Pop has also taken over in the realm of religious music, where most churches have abandoned traditional music and instruments (chorales, organ, piano, etc.) and have instead adopted the instrumentation and trappings (electric and acoustic guitars, keyboards, rock bands, light shows) of pop music. Even the sacred bows and gives way to the profane, apparently unable to resist the tantalizing lure of the pop leviathan. Pop music is also found as the backdrop for weddings, parties and most other social events except the more serious occasions such as funerals and baptisms (although I suspect that it is also making progress in these areas as well).

Scruton comments on recorded pop music being played in bars, restaurants, and other spaces, while the examples listed above are almost entirely live music events. As such, these are where the majority of working musicians today actually earn money playing music. Who are these musicians? They are jazz musicians. By this, I do not mean that all of these musicians are dedicated jazz musicians at the top of the field, although there have been some of those as well. (For example, Broadway pit orchestras have been graced by the presence of such luminaries as Wynton Marsalis, Hank Jones, and J.J. Johnson). For the most part, however, it is not the famous jazz players who perform on Broadway, at weddings and parties, on movies with pop soundtracks, and virtually everywhere else that live music is found, it's the thousands of musicians who have, at minimum, some fundamental jazz skills who provide us with our live music experiences.

As I look at my former music students, it is mostly those with jazz training who are able to make a living in music. These students vary greatly in their dedication and interest in jazz—some are very skilled, others have a rudimentary skill set, but they are all working and making a living as musicians. Granted, it is a small sample size, but I know that many of my colleagues around the country have noticed the same thing—musicians with even a minimal level of jazz training are able to function in a wide variety of musical settings and are thus able to make a living. My former students perform on Broadway, on film soundtracks, on cruise ships, in wedding bands, folk bands, rock bands, country bands, salsa bands, big bands, jazz combos, and symphony orchestras (for pop concerts); they accompany singers in all genres (including classical), they work in studios as performers, engineers, and producers, they accompany dance troupes, they provide music for church services, and, of course, some of them are involved with creative jazz projects as well. It would be hard to find a musical genre that they are not engaged in or one that they cannot attain minimal proficiency within a very short period of time.

How is this possible?How can these musicians function in so many different genres so easily and so assuredly? The answer is that jazz training—in particular, learning to play be-bop—provides a comprehensive education in all aspects of applied musicianship. Be-bop is uniquely endowed with this ability because it is the most technically challenging and internally coherent style in jazz; as such, it requires near virtuoso instrumental skills, as well as a deep understanding of music theory. It uses a tonal language which is similar to the music of the Baroque Era. (Perhaps this shouldn't come as a surprise since both rely heavily upon improvisation and even share a similar short-form notation system: Baroque music features a "Figured Bass," in which the keyboard player improvises the part based on a single note bass line and a set of numbers and symbols written below, while jazz features what a colleague of mine once called "Figured Soprano," in which chord symbols and numbers are written above the single note melody and everyone improvises their parts accordingly!) In both be-bop and Baroque music, there is a narrow and precise set of stylistic "rules" that must be followed very closely for the style to remain intact. In be-bop, these "rules" involve complex harmonic, melodic, and rhythmic concepts that are often executed at extremely fast tempos, all done in an improvisatory context. There is also a be-bop "language" with hundreds of motifs, patterns, and scales, that must be learned in every key, across the entire range of the instrument. These must be learned and used, but cannot merely be copy/pasted into improvisations; they must be used in such a way that they don't sound like prefab "licks."

Mastering the style also requires learning and memorizing hundreds of standard tunes and forms, which provides an understanding of musical forms and variations of those forms. As if that weren't enough, learning be-bop (and any style of jazz) requires a great deal of "transcription," which is the art of listening to a jazz recording, and developing the aural skills to be able to notate what the performer is playing, then learning the transcription as a classical musician would learn an etude. This develops powerful aural skills—accomplished jazz musicians can hear melodies, complex chords, and identify them and play them easily and, often, instantly. From these transcriptions, jazz musicians also learn the incredibly nuanced ways that jazz masters approach rhythm and meter, ways that are so varied and so subtle, that they cannot be notated. This is how the discipline of be-bop provides jazz musicians with a battery of skills that allows them to quickly adapt to the demands of virtually any other style of music, except for traditional classical repertoire (although there are exceptions to that as well). The evidence from the working world of musicians is overwhelming. Regardless of whether or not you enjoy jazz, if you listen to music, attend live music events, watch films and television, you've been listening to jazz musicians in the background as soloists, band members, orchestra members, supporting musicians, arrangers, producers, composers, and engineers. Musicians with jazz training have the skills to thrive in all areas of the music industry of the 21C because jazz training provides an integrated and thoroughly comprehensive education in applied musicianship and applied music theory. Nothing else comes close. How has music in Higher Education responded to this reality? In terms of curriculum and program development, Higher Ed has mostly ignored it. This will be discussed in the final installment in this series.

Special thanks to Wouter Turkenburg, whose essay on jazz as comprehensive musicianship (IASJ Newsletter, Winter 2016) prompted this series.

The Touch of Your Lips, Part 3: The Essential Touch in Jazz...