Kurt Ellenberger is a pianist, composer, and author whose work includes music for a wide range of ensembles. His writings include a jazz theory book, other pedagogical writings, and many essays that appear in his arts blog entitled Also Sprach FraKathustra, which is published by The Huffington Post–Arts and Culture. He has recorded on Innova Recordings, Ghostly International, and Challenge-A Records (the Netherlands), among others, and has been hailed as "a gifted pianist who combines the lyricism of Bill Evans with the energy of Keith Jarrett." He is a member of the Grand Valley State University New Music Ensemble, whose recent recordings of Terry Riley’s “IN C: Remixed” and Steve Reich’s “Music for 18 Musicians” have been featured in The New York Times, as well as in many of the nation’s leading publications, including The New Yorker

Music and Evolution: A Brief Overview The evidence presented in the research on music and evolution, beginning with Darwin himself,[1] focusses largely on music's purported ability to support “mate selection, parental care, coalition signaling, and group cohesion," [2] language development, [3] and other things. The prevailing evolutionary theories about music follow Darwin's lead--they are predominately sociological, ...

Jazz and classical music are two of the most monumental achievements in human history. Together, they encompass a range of expressive capability that is simply astounding, giving voice to the human experience from centuries past to the present and in doing so, enriching our lives immeasurably. This is more remarkable when one considers that they have ...

Musical And Lyrical Sophistication In Jazz And Other Genres 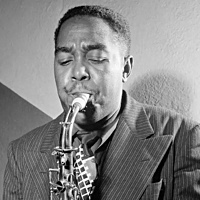 This scatter graph (directly below) shows the results of an All About Jazz Readers' Poll that was conducted during portions of 2021. There were almost 400 participants who rated these genres on their “musical and lyrical sophistication" on a 10 point scale. No instructions were given on the definition of “sophistication"—the participants were free to use ...

German pianist Michael Wollny is one of the most exciting and important jazz artists of our time. His work is marked by exquisite pianism and a restless creativity and search for expression that knows no stylistic boundaries. Wollny's output has been remarkable both in quality and quantity--he is in his early 40s, and has released almost ...

In 2013, I was awarded a Fulbright scholarship to teach and to work on a research project at the Kunstuniversität Graz ("University of the Arts in Graz"). I taught a first-year course in jazz theory that was really a delight. These students were already extremely accomplished performers and composers. About half of the class was comprised ...

Since my controversial article on jazz education and audience development, many have asked “Well, if education isn't the answer, what's the solution? How do we develop and maintain a strong jazz audience?" Audience development is a complicated issue, and it's not limited to jazz. Every artist and arts organization is trying to answer the ...

2
Article: What is Jazz?

Part 1 | Part 2 | Part 3 | Part 4 | Part 5 Part 5: Jazz in Academia Jazz musicians have always been acutely aware of the “byproduct" of becoming proficient in jazz. Jazz training, even if rudimentary, provides the ability to master or at least become fluent in other styles in a ...

2
Article: What is Jazz?

Part 1 | Part 2 | Part 3 | Part 4 | Part 5 Part 4: Jazz in the Trenches In my previous articles, I detailed the enormous influence that jazz musicians have had on popular music since the 1960s. This may, early on, have been a matter of survival; as the popularity of ...