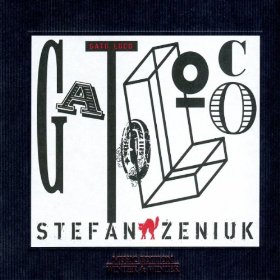 If Danny Elfman, Marc Ribot, Ennio Morricone, Ry Cooder and Bobby Sanabria ever put together a band, it might sound something like Gato Loco. This eleven-piece unit, under the direction of saxophonist-composer Stefan Zeniuk, creates Latin-influenced carnival jazz with a punk attitude, and they seem to have a great time while doing it.

Gato Loco, the group's Winter & Winter debut, was recorded live at a wine chateau in Bordeaux, France during the summer of 2010, and excitement was certainly in the air on that July day. The audience seems to be in high spirits, cheering, yelling and clapping for the band, and while their noticeable presence makes the recording seem bootleg-like at times, it's also indicative of the energy that surrounded them during this audacious performance.

Much of Gato Loco's music contains madcap riffs, gritty soloing, and grounded, grooving bass ostinatos built atop Latin-inspired beats, but it's all presented in zany fashion. Guitarist Clifton Hyde, while not being solely responsible for the off-kilter attitude in these songs, deserves a good amount of the credit. He brings a hipster aura into some of the music ("Coconino #5"), finds pleasure in pain ("The Mourning Of Ginger"), delivers gruff, grungy guitar work, and even manages to recall Spaghetti Western film music ("Gunslinging Tuba").

While Hyde's artistry helps Zeniuk shape many of these pieces, he has some help along the way. The horns, whether working individually to deliver raunchy solos of substance or joining forces to create a song-opening requiem ("Cat On The Town"), make their mark throughout the album, and the rhythm section works wonders as the band branches out into bizarre territories. Nothing, be it Mariachi music on steroids with a dash of John Zorn attitude ("The Mexicans"), seductive tuba displays ("Gunslinging Tuba"), or relentless Latin thrash punk with surfer undertones ("Splinter"), is off the table for this band.