BY JOHN KELMAN
January 2, 2006
Sign in to view read count 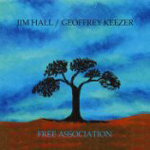 To the committed artist, music is something that represents a calling rather than a job that provides income from which one ultimately retires. Looking at the number of jazz musicians who continue to work into their 70s and 80s and are constantly moving forward, it's clear that it's more dedication than occupation.

Jim Hall's reputation may be as a mainstream player with a spare, economical approach. But throughout a career now in its sixth decade, the 75 year-old guitarist has ventured into experimental territory more than once, collaborating with artists including Ornette Coleman and Eric Dolphy. Still, the lion's share of his extensive body of work is in the mainstream, although Hall always manages to bring a unique perspective, making every note and every phrase significant.

While he's worked in larger ensembles, the duo is clearly Hall's preferred context, with a number of outstanding recordings in recent years pairing him with guitarists Pat Metheny and Bill Frisell and, this year, pianist Enrico Pieranunzi on Duologues (Cam Jazz). Piano/guitar duets are relatively rare and place greater demand on the players because, with both instruments being chordal, there's a greater possibility of clashing with one another. On Free Association Hall teams up with Geoffrey Keezer—a pianist who, now in his mid-30s, emerged as a precocious teenager in drummer Art Blakey's final Jazz Messengers incarnation. And while Keezer shares Hall's capacity for creative straight-ahead playing, Free Association is anything but straightforward.

Comprised of five Hall originals, one song by Neo Geo progenitor Ryuichi Sakamoto and two free improvisations, Free Association couldn't be better named. Even on the composed tracks, there's a distinct feeling of Hall and Keezer fluidly shifting duties, with any single idea representing endless possibilities for where to go next. Keezer is the more virtuosic player, capable of rapid-fire thoughts that contrast with Hall's more considered responses; but he never places himself ahead of the music.

Sakamoto's "Bibo No Aozoa is, surprisingly, the most overtly lyrical song on the record—a Metheny-esque piece of melancholy that still manages to generate some surprises, especially from Keezer, who plays with the rhythmic emphasis throughout.

Hall's "A Merry Chase is appropriately-titled, a bright tune that finds Keezer and Hall in a kind of round robin where it's easy to lose track of who's leading and who's following. "Furnished Flats is almost bebop-ish, with an implied swing, but like much of the record, its more angular harmonies create an unsettled feeling. "Ouagadoudou may revolve around a simple and singable theme, but the duo takes it to surprising extremes, with Keezer's fleet-fingered solo building dramatically over Hall's ascending angular accompaniment. The two improvised pieces find the pair so connected that, abstruse though they may be, there's a striving towards form that gives them a true sense of purpose.

When two musicians come together for the first time, they rarely know how things will turn out, but in terms of sheer intuitive interplay, Free Association may well be Hall's best piano duo to date.

Note: ArtistShare releases can only be purchased through the artist and/or ArtistShare sites.

Visit Jim Hall and Geoffrey Keezer on the web.