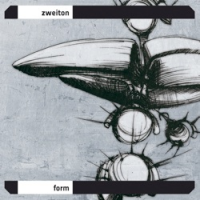 Alexander Dowerk maximizes the capabilities of the touch guitar, along with expert drummer Alexis Paulus, on this quality outing, where classic progressive rock inclinations align with a nouveau twist. The duo is a multitasking machine, as both artists employ electronics and programming within the mix. Highlighted by memorable themes and a few doses of lament, the duo goes barnstorming via high-impact off-center grooves, highly melodic content amid sweeping clusters of electronics. Strategically counterbalanced with ethereal passages and massive walls of sound, the duo makes every note count atop the imposing rhythmic exercises.

"Triebwerk" exemplifies many of the qualitative attributes of the program. Sparked by linear and resonating harmonic content, the duo mixes it up with odd metrics, popping pulses and ethereal overtones. Dowerk's twirling and somewhat mesmeric chord voicings, humongous extended notes and intricately exercised ostinatos add a yearning hue to a piece that conveys a few nods to King Crimson. Add the drifting sub-themes into the equation and the end result transmits an airy contrast to the punchy beats and soul-searching impetus. It's a near-flawlessly produced album that traverses numerous angles and methodologies but is not marred by excessive technical gyrations. The musicians pick their spots rather effectively. It's a top-shelf product that deserves considerable attention.