By KURT GOTTSCHALK
December 13, 2007
Sign in to view read count 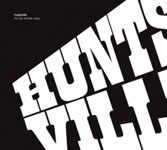 The chugging rhythm of the train is a staple of country music, the rolling four-count evoking the promises of opportunity and escape across vast open lands. Traditionally that rhythm is portrayed by an acoustic guitar or brushes on a snare drum, not tablas and much less mechanized ones. But Norwegian trio Huntsville isn't a traditional country band, or a traditional anything else for that matter. It does, however, cite country music, along with John Cage, Morton Feldman and drone music, among its influences, and Ivar Grydeland's banjo and steel guitar make the Americana hard to miss. Tonny Kluften's slow, steady upright bass is most often the foundation for the four long pieces on For the Middle Class, Huntsville's debut album, while Ingar Zach's fast percussion—often comprised of modified and motorized Indian instruments—propels them.

Thrown together, these elements don't really add up to country music. But it is as close to that as anything—something like Bill Frisell's recent work, but pumped up and layered thick. The thick fog is not a surprise—all three have worked with the improv group No Spaghetti Edition, and Grydeland and Zach are founders of the Sofa label—but when it clears, the countryside is unexpected.

The Appearance of a Wise Child; Serious Like a Pope; Add a Key of Humanity; Melon.