The Claudia Quintet: For 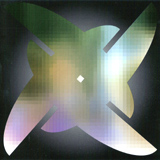 While it's invariably the intention of any group to make each new record an improvement or, at least, an evolution over the last one, it's rare that it actually happens with inevitable consistency. Bucking the trend since its eponymous 2001 CRI debut, percussionist/composer John Hollenbeck's Claudia Quintet has managed to make each successive release somehow different than its predecessor while not losing site of the markers that define this eclectic and stylistically defiant chamber ensemble. In many ways one wants to avoid saying that For—The Claudia Quintet's fourth release and third for the equally unclassifiable Cuneiform Records—is its best yet, but it's simply an undeniable statement of fact.

Semi-Formal (Cuneiform, 2005) saw Claudia—also featuring bassist Drew Gress, vibraphonist Matt Moran, accordionist Ted Reichman and reedman Chris Speed—opening itself up texturally, with everyone augmenting their main axes with a number of auxiliary instruments. For finds Claudia largely reduced again to its core textures, but Hollenbeck's writing, and the way he orchestrates his pieces in addition to the open-mindedness of his band mates, keeps the group's aural landscape as expansive as ever. Traditional instrumental roles are often dispensed with or radically repositioned, leaving everyone the freedom to carve out unexpected territory over the course of eight compositions. They assimilate the improvisational freedom of jazz with the minimalist pulses and harmonic/contrapuntal complexities of contemporary classical music, the spare and ethereal atmospherics of ambient music, the assertiveness of progressive rock and more.

All of which can take place in the course of a single composition. The episodic "Be Happy blends an irregular-metered but groove-happy rhythm with a winding accordion/tenor saxophone theme, all anchored by a repetitive vibraphone phrase and spare bass line that taken individually seem incomplete but, when heard together, create a far greater whole. Speed's visceral solo starts over this polyrhythmic house of cards, shifting into a fleet-fingered solo from Gress that's driven only by a unison accordion/vibraphone line. Moran ultimately introduces a set of changes that lead the entire group to this eleven-minute song's ultimate climax, a denser finale that leaves Reichman room for a vivacious solo as the quintet adopts a near-progressive stance.

Other tracks are more straightforward, despite continuing to defy convention. "This Too Shall Pass begins in chamber music territory, whisper light but gradually gaining weight as Hollenbeck's backbeat-driven pulse continues to strengthen. The explosive "Rug Boy feels the closest Claudia has come to complete spontaneity, but there's still an underlying concept around which it rallies.

Semi-Formal made it onto more than a few critics' lists for best albums of 2005. With a winning streak that's showing no signs of letting up, the challenging yet compelling For will undoubtedly find its way onto similar lists for 2007.

I'm So Fickin' Cool (for Fitz Pauer); August 5th, 2006 (for Kate Schroeder and family); Be Happy (for S.N. Goenka); This Too Shall Pass (for Tom Moran and family); Rug Boy (for Debbie Clapper); For You; Rainy Days/Peanut Vendor Mash-up (for all music teachers); Three Odes: Admiration (for Peter Garland), Nostalgia (for Jan Garbarek), Pity (for Mary Cheney).